COVID-19 detected at Musselwhite mine

Two workers test positive, others awaiting tests at fly-in gold mine in northwestern Ontario
Feb 22, 2021 10:55 AM By: Ian Kaufman 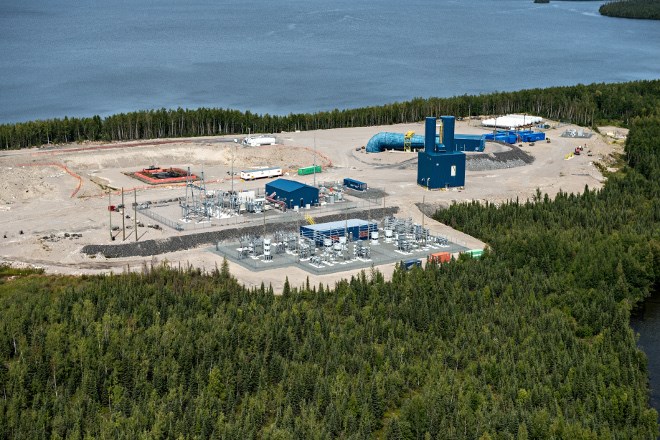 Two workers have tested positive for COVID-19 at the Musselwhite mine. (Goldcorp photo)

THUNDER BAY – Two workers have tested positive for COVID-19 and an untold number are isolating while awaiting test results at the Musselwhite gold mine, located about 500 kilometres north of Thunder Bay.

Newmont Canada confirmed the news in response to an inquiry from Tbnewswatch on Monday.

The fly-in mine will remain open with heightened COVID-19 protocols, the company said in a statement. All workers had been notified of the cases, it added, and anyone identified as a close contact is being notified and directed to self-isolate.

“In collaboration with the public health authorities, we are undergoing exhaustive contact tracing to understand and communicate with other individuals who may have come in close contact with the confirmed individual over the last 14 days,” Newmont stated.

The two workers were initially presumed positive after undergoing a rapid test administered by the company. Those results were later confirmed by the Thunder Bay District Health Unit using diagnostic testing.

The workers are currently being quarantined and monitored on site.

The company did not immediately respond to questions regarding when the workers first tested positive.

Newmont pointed to existing precautions at the mine, including mandatory masks at all workspaces, physical distancing protocols, screening at all points of entry, frequent deep cleaning, and limiting entrance to critical visits.

A new surgical mask with Northern Ontario content is set to hit the market
Mar 7, 2021 9:00 AM
Comments