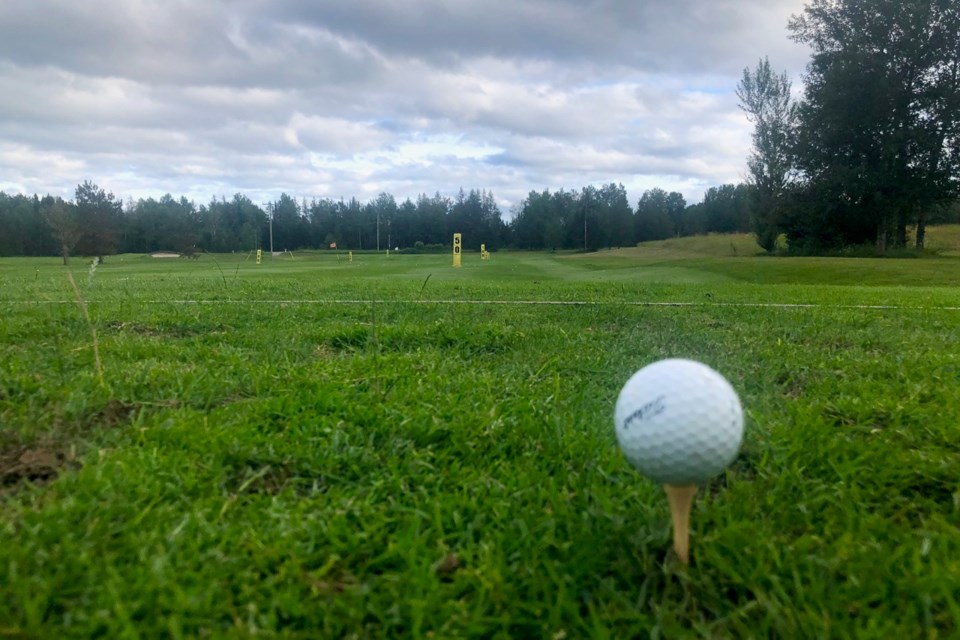 The driving range at Spruce Needles will be closed until at least the end of June and will be revisited at a later date. File photo

Despite Friday’s unwelcome flurries, local golf clubs say they are in good shape to begin the season — as soon as the province says it’s time for tee.

Courses in Ontario have remained closed to the public since the emergence of the COVID-19 pandemic, but on May 4 Premier Doug Ford announced they could begin preparations for the new season.

The public still isn’t permitted on the courses, but essential employees and grounds crews are back to work.

On Friday, Ford told reporters he is being pushed to give the go ahead as soon as possible.

“I have a lot of friends are golfers and they are lobbying hard for this golf,” the premier said during his daily media conference.

“They are giving me every single reason why they should be able to go out there.”

Courses are beginning to open in other areas of Canada, but there is still no firm date for a full opening in Ontario.

In the meantime, here's what's happening at our local clubs:

Spruce Needles is “a little bit wet,” but is looking good according to the crew.

They anticipate opening by the end of the month, with COVID-19 measures in place. There will be some big changes in the way they operate.

“That’s a work in progress, because some of it will be dictated by the government,” said Linda Pasi, club president.

People who reside in the same household will be able to share a golf cart. Those who don’t, will have to travel in a separate cart, or walk. Expect plenty of sanitizing.

Pasi noted there will be significant limitations regarding clubhouse access and the restaurant will not be open.

“We’re working on being able to serve sandwiches and things right out of the Pro Shop,” she said.

“We’re looking at different changes so we don’t have more than one person in the Pro Shop at a time.”

The driving range will be closed until at least the end of June and will be revisited at a later date.

Pasi noted the public seems to be itching to swing the clubs.

“We’re getting a lot of inquiries,” she said.

“We already have a lot of members signed up and paid their membership dues for the season.

“We have somebody on the course every day, Monday to Friday, to answer calls about memberships and rates and things like that. People are getting very excited.

“There’s so much we can’t do in our regular lives right now, and it’s one of the places social distancing can be adhered to quite easily.”

Last year, Spruce Needles did not open until May 24 due to wet conditions and Hole No. 1 was flooded and unplayable well into June.

This year, the greens have wintered very well.

“Better than expected, to be honest,” said Course Superintendent Phil Losier, who works all winter and has been considered an essential worker throughout the pandemic.

“This is what I want my grass to look like every year at the beginning and I think it’s only going to keep getting better and better as I keep implementing the proper agronomy practices I was taught at the University of Guelph and the previous golf course I worked at, Beacon Hall in Toronto.”

He noted although technically the state of the course is ahead of where it was a year ago, the onslaught of the current Polar Vortex will provide a setback.

“By the time everything is said and done, I think I’m going to be in the same position that I was last year.”

Losier added even if the world weren’t in a pandemic, the course wouldn’t be ready to open any earlier than a year ago.

“I’ve never had the proper soil temperatures,” he said.

“The grass isn’t really growing. So there are a lot of other factors that come into play. Every year is different.”

He’s been receiving plenty of texts and calls about the course and has been posting photos on club social media to provide a visual insight and some positivity.

“If I could help the population with a little bit of optimism and some nice green grass, I was certainly going to try and help lift people’s spirits up,” he said.

“There’s a lot of buzz. I feel more buzz this year, than any other year, probably has to do with the unique situation that we're in, and what the sport of golf can provide.”

He thanked his crew members Seb Vachon and Justin Lortie for their hard work and dedication in getting the course looking as good as it is.

“They’re always there to support me, and do whatever I need to get done out there. It’s a team effort.”

The Hollinger Golf Club is also in good shape, but still has snow in some sections of the course. They usually open on the third weekend in May.

“We’re really doing our best to monitor the COVID-19 updates and what’s been going on in the province,” said club owner Dr. Antonio Kos.

“We’ve put in a bunch of best practices to not only protect the golfers, but the people who visit the golf course if they just want to have something to eat, or hit balls on the driving range.”

Patrons won’t be permitted into the clubhouse dining room. Food will be for takeout only, with a no contact pickup system. Paying with plastic will be encouraged.

Beverage carts will not be operating, although that may change at a later date.

Golf carts will be sanitized after each use and again, only golfers from the same household will be permitted to share a cart.

“All the touch points, anything golfers will be touching, will be sanitized by the employees,” Kos said.

“We also encourage the customers to sanitize any of their equipment before coming in.”

He noted they are following a template prepared by the National Golf Course Association of Canada, which is being used at clubs across the country.

First Nation sets curfew after resident in close contact with confirmed COVID-19 case
Aug 7, 2020 7:46 AM
Comments
We welcome your feedback and encourage you to share your thoughts. We ask that you be respectful of others and their points of view, refrain from personal attacks and stay on topic. To learn about our commenting policies and how we moderate, please read our Community Guidelines.