Many plans on hold at Croatian Hall

President hopes they can get back to selling food, holding fundraisers soon
0
May 23, 2020 1:00 PM By: Dariya Baiguzhiyeva 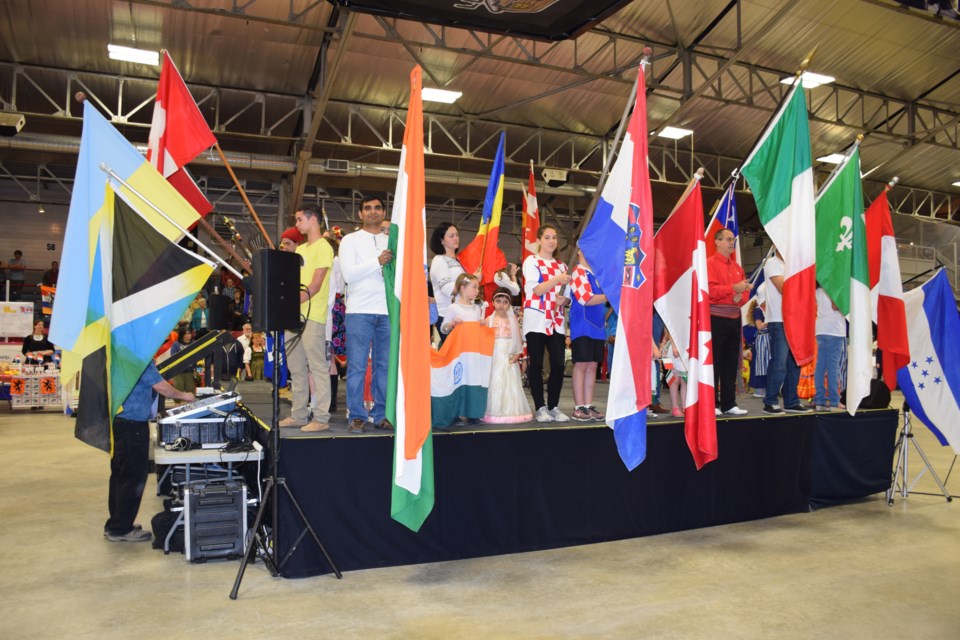 Croatian Society's members can be seen in the front holding a flag of Croatia at the Timmins Multicultural Festival in 2018. Supplied photo

Many plans are on hold for the Croatian Hall Society members.

One of the society’s annual events, the banquet fundraiser, may be held in the fall but it’s unknown yet if the event will take place at all due to COVID-19 pandemic, said society’s president Dennis Sebalj.

He said it’s “pretty hard” to maintain physical distance when about 140 people usually attend the event at the historic hall in Schumacher.

The banquet is usually held to raise money for the hall to keep it running.

Last year marked the 87th anniversary of the Croatian Hall, which opened on Dec. 17, 1932.

When he was little, Sebalj said anniversary banquets used to be held in the first week of December.

This year, society members were planning to participate in the annual Timmins Multicultural Festival selling cabbage rolls, sausages and strudels but the event got cancelled due to the pandemic as well.

Before the pandemic started, members were considering a Summer Fest Picnic. The organization held the event once in 2010 with an outdoor party and a live band but Sebalj said he didn’t think it would take place this year.

“It’s too bad for everyone. There are a lot of other societies that have held banquets throughout the year and you can’t have any gatherings. It’s tough on all the other clubs and organizations.”

The status of the annual Polka Party and Walter Ostanek Dinner is also uncertain. The Canadian Polka King and three-time Grammy winner Ostanek has been coming to perform in Timmins for almost 10 years, Sebalj said.

Society’s future plans depend on the situation around the coronavirus, Sebalj said expressing hope the organization will be able to get back to selling food and holding fundraisers soon to raise money for the repair work at the hall which is estimated to cost thousands of dollars.

“The hall does need some renovations,” Sebalj noted. “The hall needs some repairs to the roof and it needs some foundation repairs.”

No new COVID-19 cases reported, South Centennial Manor outbreak ended
May 31, 2020 9:59 AM
Comments
We welcome your feedback and encourage you to share your thoughts. We ask that you be respectful of others and their points of view, refrain from personal attacks and stay on topic. To learn about our commenting policies and how we moderate, please read our Community Guidelines.