Belliard: Under the astrological sign of Gemini, he arrived

The mystical qualities, and undeniable genius of Prince
May 7, 2016 9:00 AM By: Ed Belliard 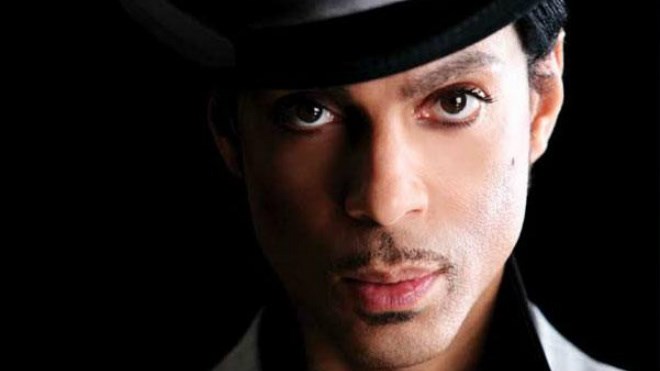 The number 7 has always had mystical qualities.

Some philosophers maintain that a lifetime can unfold itself in the span of 7 years. They resolutely believe that every potential of that person is realized within that time frame. Henceforth, once the subject attains all of his or her ambitions, a whole new set of obstacles are rendered. Is it mere coincidence that along the diatonic scale there are 7 pure, musical notes? They would disagree.

A boy named after his father’s stage name, Prince Rogers, was born into music on June the 7th, 1958. Under the astrological sign of Gemini, he arrived. On that day, it is said that a trendsetter, a visionary, and a natural performer will emerge.

Surrounded by celebrated jazz artists, namely his parents, he grew.  Once the frenzied jazzy beat took hold of his feet, his ears, and his soul, it refused to let go. Skipper, as he was aptly nicknamed, outgrew the epilepsy he was born with.

Said he, in a rare interview years later, an angel informed him his sickness would come to pass. Indeed it did, because young Prince wrote his very first song called Funk Machine at the tender age of 7.

Only three years later, his proud parents separated, perhaps implanting in him a seed of uncertainty and mixed loyalties. For the remainder of his youth, he learned to insulate himself from familial strife and to excel along his musical path.

By junior high, his talent was irrefutable. Before long, Prince dropped out of sports to concentrate primarily on a music career. Not unlike many other prospective musicians of the 1970s, he joined a high school band. Soon after, in 1975, he accepted a paid gig, helping record tracks in studio. His mastery of several instruments evolved exponentially. In fact, when he signed on with Warner Bros.

Records to release 3 albums, he was credited with playing 27 instruments, as well as producing, arranging, composing and writing/co-writing his debut album FOR YOU. When this one was released with his agreed upon stipulations of creative control and ownership of publishing rights, Prince was 18 years old.

Inventive minds have a way of captivating their audiences. Visionaries entertain not so much what lies before them as where future trends and energies will flow. Those are certain qualities that ensure their uniqueness, their fluidity. Simply stated, they enchant the world over.

Several years later, Prince arguably reached his Magnum Opus — his career peak — in 1984, with the release of his sixth album entitled Purple Rain. It was an artistic marvel, as well as a financial hit, selling 13 million copies.

Ever true to his style, all songs were written by him, and he flamboyantly revealed himself as artist, seducer, and musician. As any Prince aficionado would know, of course, the album was a soundtrack to the motion picture of the same name in which he also starred.

Being iconoclastic and wildly accomplished with his musical instruments, Prince never waned. He continued releasing eclectic music with blends of funk, dance, R&B, and rock. All totaled, he sold more than 100 million records. Live, his performances will endure, etched in our minds forever. There will never be another man known as “The Artist” capable of emulating his presence, his grace, and his genius on stage.

Ever faithful in his beliefs, especially those pertaining to creative control of his work and his religious affiliations, Prince persevered.

Opponents and critics remained vigilant, pointing out any of his inconsistencies and flaws. Contrarily, his supporters and fans assured the African-American recognition in the annals of music and motion pictures.

Prince had earned 7 Grammy’s, a Golden Globe, an Academy Award, an inductee status in the Rock and Roll Hall of Fame as highlights.

Ironically, there was a side of Prince that always stayed humble, loyal, private, and secluded.

He accepted fewer interviews with time. In person, he spoke softly, intelligently, and respectfully.

He performed live, as it was one of his great passions, on his terms. Essentially, throughout his enchanted career, he promoted and abided by the rights of minorities, women, musicians, and vegans.

Advancement in such causes, respectively, was brought about as a direct result of his actions.

Might we never let his brilliant music fall silent, nor allow his contributions to our lives fade away in a purple haze. It wasn’t meant to be.

After all, he was born on the 7th.