Timmins in the era of horsepower

In this edition of Remember This? Timmins Museum National Exhibition Centre explains some of the various roles our equine allies played in this region during the 20th Century
Nov 24, 2019 11:00 AM By: Remember This? 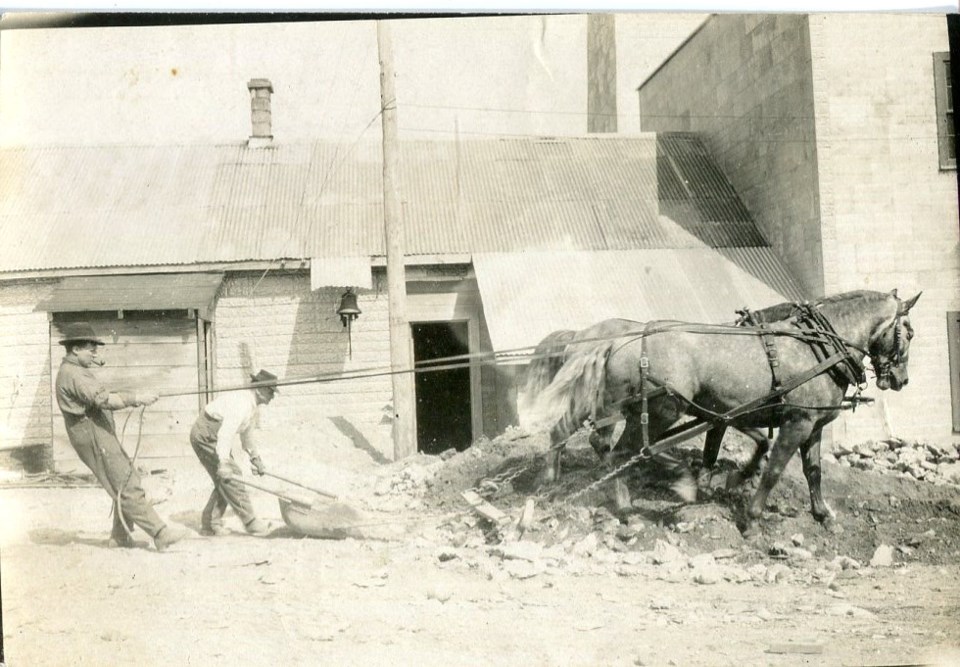 A horse team pulling a barrel of ore from an unidentified mine site. Timmins Museum photo

The horse disappeared off this continent 9,000 years ago, around the same time as the last ice age.

It’s reintroduction to North America from Europe in the 16th Century set a new age of development and rapid growth in motion. Here we will examine some of the various roles our equine allies played in this region during the 20th Century.

Any substantial task you can think pf a century ago usually required the strength and stamina of the horse, including mining.

Horses being both fleet and adaptable to the difficult working conditions of the mine, hauled ore cars to the surface before electric locomotives arrived on the scene in 1916.

There were also a teams of horses always at the ready to run supplies and equipment on the surface to different mines, including mining equipment such as stamp batteries weighing over a ton.

Handlers often developed strong bonds with their animals and had their welfare top of mind while driving the team an average 20 miles on cold days, which could drop -66 to -65.

If the handler noticed the team breathing with their mouths open which was a sign of distress in extreme weather he would stop immediately, take off his mitts and put them over their muzzle to melt ice crystals which would form in the nostrils.

There were about 200 teams of horses on the roads in Timmins in the early years performing all sorts of tasks such as snow removal with a v-plow, pulling manually drawn fire pumps to the scene of a blaze or hauling timber from bush camps to be processed at our mills.

Simply put, life would have been impossible without our most steadfast and valuable companion by our side, let’s give these glorious beasts their due and be thankful they don’t have to work so hard these days.