Timmins and its very multicultural beginnings

This week, the Timmins Museum: National Exhibition Centre looks back on the cultural groups that helped make this community what it is today
Oct 11, 2020 11:00 AM By: Remember This? 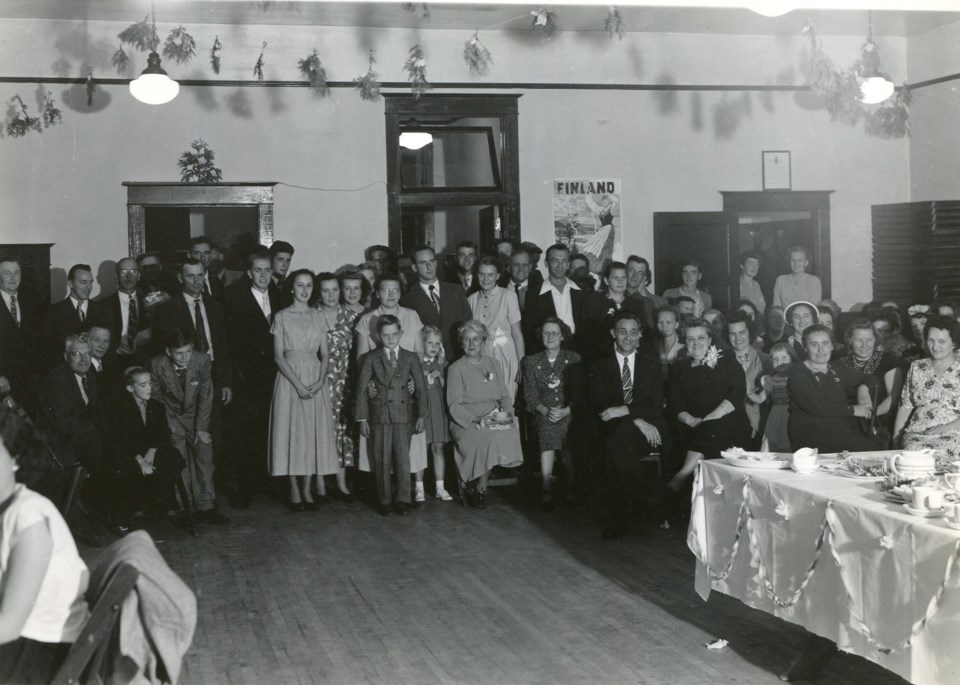 A 'Finnish Wedding Party' is depicted in this photo, which shows a group of people in a hall, decorations on the wall and table with white cloth. Timmins Museum photo

The new world had much to offer to those wanting to leave the old world behind to start anew. Conditions and politics were different in Europe or Russia or Asia and many looked west as there was promise of a thriving life.

They weren’t all coming from big, overcrowded cities – many came from rural areas where multiculturalism was not present and this must have been a big change. This may also be why we see so many ethnic clubs and centres in the city as many people from the same ethnicities stuck together not only to help support each other through the changes but also perhaps to help with language barriers.

There were no less than 77 groups that played a role in our cultural community and history.

A snapshot of life in the early Porcupine
Sep 27, 2020 11:00 AM
Comments
We welcome your feedback and encourage you to share your thoughts. We ask that you be respectful of others and their points of view, refrain from personal attacks and stay on topic. To learn about our commenting policies and how we moderate, please read our Community Guidelines.