In this edition of Remember This, the Timmins Museum: National Exhibition Center looks back at Ontario Mine Rescue and the event which established this vital service
Mar 31, 2019 11:00 AM By: Remember This? 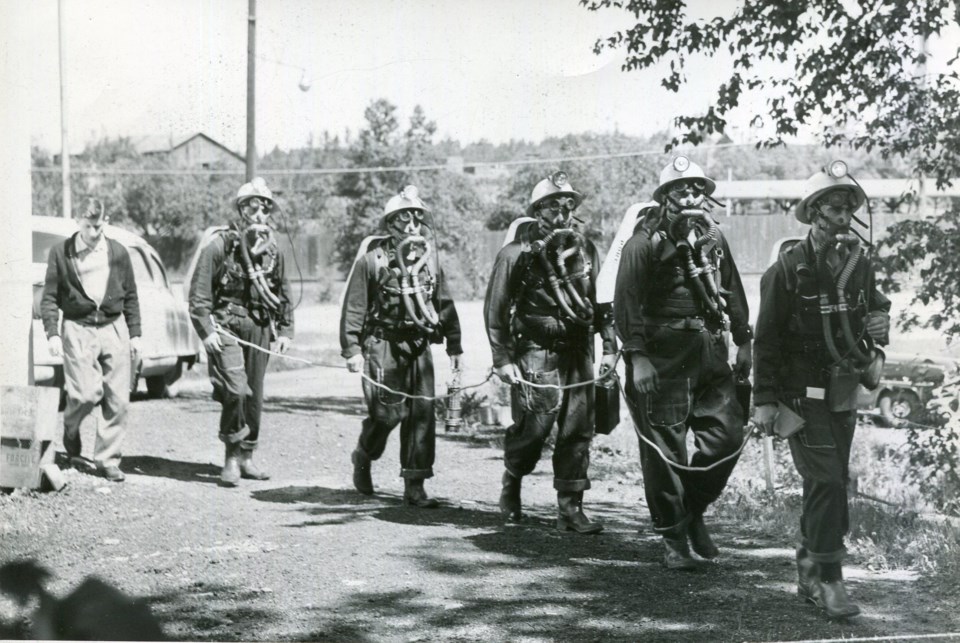 This year marks the 90th anniversary of mine rescue in Ontario, an essential service which was established in 1929 after the horrendous Hollinger Disaster on February 10, 1928.

A fire had started in an unused stope and 51 miners were trapped underground. The mine had no firefighting equipment on hand because they never imagined a fire could start in such a damp environment, and there were no mine rescue crews in Canada. As a result, supplies and trained rescue personnel had to come from the coal mines in Pennsylvania. They were able to save 12 lives, but the remaining 39 miners were lost.

After a royal commission investigated the fire, recommendations were made to establish mine rescue stations in Ontario, the first being in Timmins, financed through Workmen’s Compensation Board of Ontario. An addition was made to the Timmins Fire Hall which included a room for storage and lectures, and a gas-tight room for simulations.

In 1950, the Ontario Mine Rescue competition was held for the first time and featured a number of teams from Timmins competing against each other. The following year, the competition was expanded to include teams from Kirkland Lake, Onaping, and Timmins districts. These competitions help the rescue crews to prepare for all sorts of situations.

Ontario Mine Rescue continues to provide vital services to the province’s mines. From 2006 to 2016, trained mine rescue personnel responded to 325 mine rescue incidents, 82 fire incidents, and rescued 53 miners.