In this edition of Remember This, the Timmins Museum: National Exhibition Center looks back on adult education and attracting southerns to the north
Mar 29, 2020 11:00 AM By: Remember This? 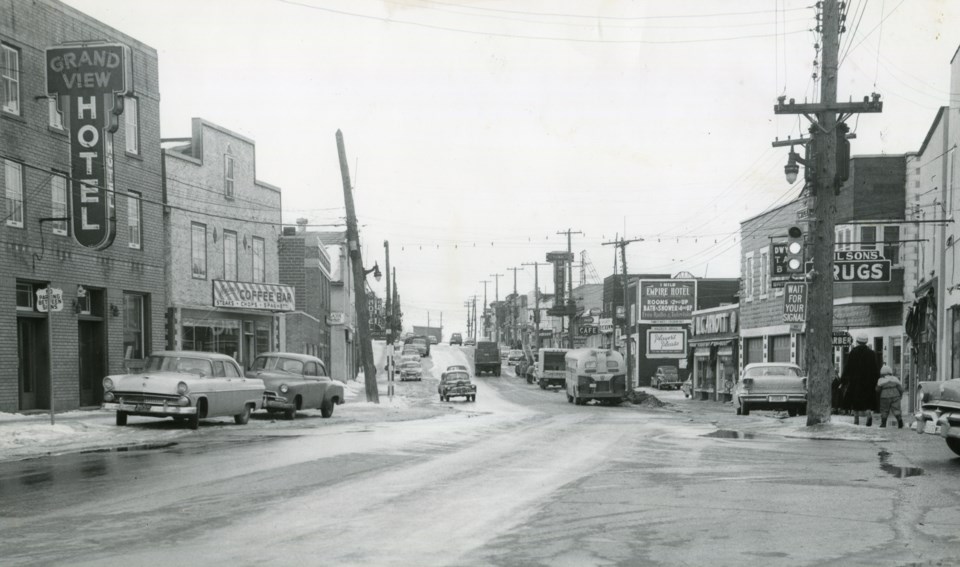 A shot of Schumacher downtown on First Avenue, now Father Costello Drive. Many of these buildings still stand. Do you recognize them? Timmins Museum photo

At one point, it was argued that Schumacher was the most multicultural spot across all the towns and districts. It had one of the finest high schools in the province at that time and was one of the centres in which not only younger members of the community but their parents also enjoyed.

Adult education was carried out in Schumacher on a large scale. Most people who came from Croatia to the region gathered in Schumacher and attended the school as adults. Frontier College, or the Reading Camp Association as some locals called it, led the way in sending university students north to work in the bush and construction camps during the day and teach English, arithmetic, and citizenship in the evening. It also ran a night school for adults and taught classes in Golden City (Porcupine), Timmins, South Porcupine, Connaught, and Dome Mine Properties.

In 1916, Timmins Day and Night School for Men advertised classes in English, French, Russian, Polish, Ruthenia, and Italian. They taught classes like bookkeeping, shorthand and typing, letter writing, and mathematics. By the mid-1930s adult education was spreading from language, civics, and citizenship mostly because those who were organizing the courses were looking for more appealing techniques to attract students. By 1935, it announced its intention of adding a class for “women’s physical culture” which had been popular across the country at the time. Newcomers to the region could come learn English but also celebrate and hang onto their culture while learning from and with others.