Porcupine fire: The survivors of 1911

This is the second part of a three-part series by the Timmins Museum: National Exhibition Center on the devastating porcupine fire of 1911
Jul 12, 2020 11:00 AM By: Remember This? 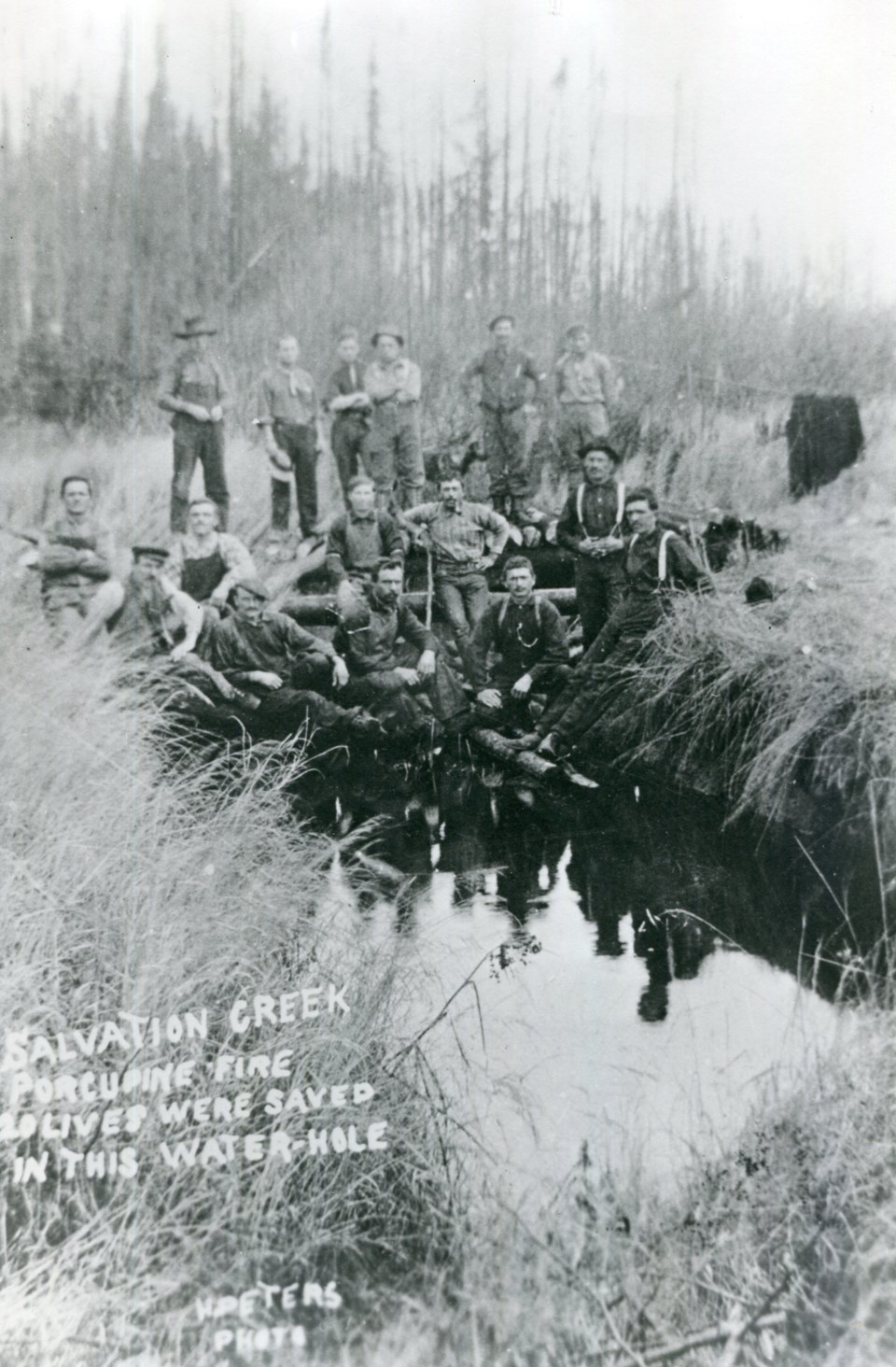 Saturday, July 11 marks the 109th anniversary of the Porcupine fire. This week’s article shares the stories of those who struggled to survive the natural disaster of July, 1911.

The smoke was everywhere but it was the noises that day that many survivors remember most. Women and children were ferried across Porcupine Lake for safety. Others congregated in the lake, waiting for the fire to break. John Tewar recalled the constable sending men to make sure that all the women and children had made their way to the dock on the water.

Sadly, the water was not as safe as many hoped. It was difficult to stand and the hurricane force winds caused huge rolling waves. Many tried to hang onto floating logs or rafts but often fell or lost their floating aid. Many drowned in the lake while waiting hours for the fire to make its way through their towns.

Pearl Crawford O’Day remembered crossing over the high waves on Porcupine Lake and, more importantly, how they saved another boat. Another boat carrying women and children was trying to get across the lake but its motor was broken and the boat was out of control and was going to capsize. Her father helped stop the boat and they took on its passengers.

In a narrow creek in the bush, 20 men stood together waist deep, throwing water on one another and survived. From that day on, that body of water is called Salvation Creek. At Pearl Lake, moose sought protection in the water and stood amongst the men. Birds were resting on shoulders of those standing in the water.

Sometimes the fire would move in strange directions, often leaving patches or little islands of tree and greenery untouched. J.E. Somerville remembered one of his friends was running for safety and sprained his ankle. He couldn’t keep up so he sat down to accept his fate. Instead, the fire roared past him on either side and left an oasis of green grass where he sat.

Land clearing turns deadly in Porcupine fire of 1911
Jul 5, 2020 11:00 AM
Comments
We welcome your feedback and encourage you to share your thoughts. We ask that you be respectful of others and their points of view, refrain from personal attacks and stay on topic. To learn about our commenting policies and how we moderate, please read our Community Guidelines.