Mining past and present: How the industry has changed

In this edition of Remember This, the Timmins Museum compares and contrasts working conditions and innovations from the earliest days of mining in the region right up until the present moment
Nov 10, 2019 11:00 AM By: Remember This? 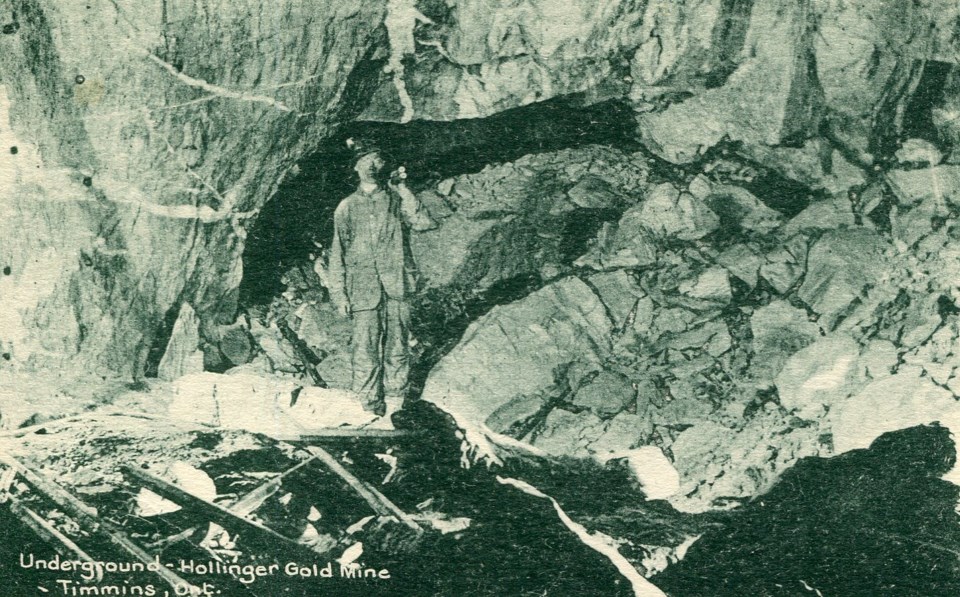 An unidentified miner at the turn of the century poses for a photograph underground at the Hollinger Mine. Timmins Museum photo

A year after fire decimated the industries of the Porcupine, the Advance splashed a morale boosting headline which appeared across the front page of its May 1912 edition reading: “Porcupine Produced $200,000.00”.

Looking back at early mining operations at the turn of the century, one is struck by the risk and hard graft involved in extracting gold. A typical nine-hour shift in 1912 began by ensuring the safety of the drift itself. Miners, equipped with scaling bars, had the dangerous task of dislodging any loose rock in the mine after a blast had occurred.

As of 2019, homegrown innovations in automation that would baffle our miner ancestors have made this task safer. The MCR Rail Runner, a utility robot developed by Safesight Exploration Inc. of North Bay is now being applied in this capacity to assess risks like loose rock.

Another innovation in the industry being lauded currently is Newmont Goldcorp’s Borden mine in Chapleau, Canada’s first all-electric mine. In the past however, most mines here were in fact electrified as early as 1910.

In 1912 The McIntyre’s mill, among others, was operating on electric power supplied by Sandy Falls hydroelectric dam. Ore extracted by hand was then passed through the 10 stamp batteries weighing 1250 lbs. each. There are fascinating instances when old ways and new technologies overlap, bringing the mining industry in the region forward.