Looking back on Cartier Motors, a local business that has recently resurfaced

In this edition of Remember This, the Timmins Museum: National Exhibition Center looks back on Cartier Motors
Oct 27, 2019 11:00 AM By: Remember This? 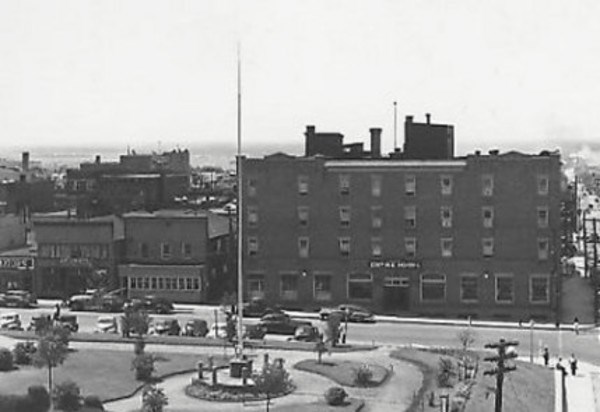 A photo of the first Cartier Motors location. If you take a look at the first building on the left, you can almost make out the word 'Motors' painted on a sign. Timmins Museum photo

A local downtown business recently uncovered a piece of history when its siding was removed for renovations. Underneath is red-colored bricks and painted lettering that reads “Cartier Motors.”

Looking through the Porcupine Advance as well as local directories, Cartier Motors was born in 1939 at 9 Spruce Street North, now 29 Spruce Street North. It first began under the name Cartier Taxi Company by Mr. Edward “Eddy” Vaillancourt. What began as a small taxi service grew and became Cartier Motors around 1945-1946. It acquired the Studebaker franchise and secured the Buick, Pontiac and GMC Truck franchises by that time. It was one of the leading organizations of its kind and had a staff of 25 who were all trained in selling as well as repair work.

In 1948, the business moved to a bigger location on the corner of Third Avenue and Mountjoy. The new location had a showroom and large, well-equipped shop. They provided day and night wrecker service and had its own radio program. For several weeks after the opening, they held daily prize draws which included prizes like a car radio, an under the seat heater, and season’s hockey tickets.

Take a peak when walking by and be sure to notice the original signage and brick work of this downtown gem from the 1930s before it is covered up again!