Looking back at the Porcupine's contribution to the Second World War

In this edition of Remember This, the Timmins Museum: National Exhibition Centre looks back on recruitment during WWII
Nov 15, 2020 11:00 AM By: Remember This? 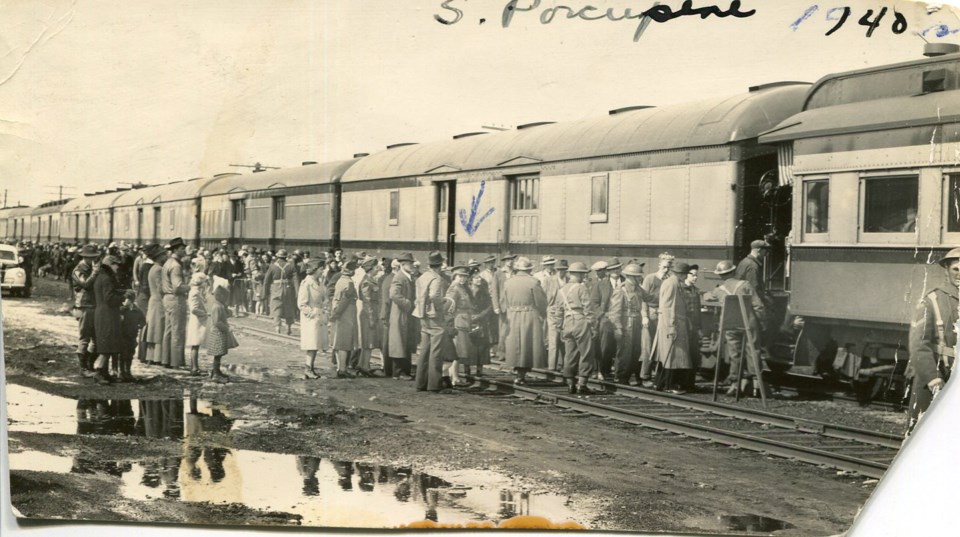 Optimism was cut short when the Second World War started. Mining slowed down everywhere in Canada. Labour again became scarce and marginal mines like Vipond closed. Men and women from the area were pressed into service on both the battlefield or on the home front.

All the mines contributed to the war. On top of produced gold, Hollinger mined scheelite as well. The Dome Mine made parts and equipment for pumps in cargo vessels. Some companies, like Preston East Dome, matched employee donations to the Red Cross and war charities. The mines paid a war bonus of 21 cents a shift.

About one third of all miners served overseas and over 4,300 First Nations soldiers as well as many Inuit and Metis peoples in Canada joined the military in World War II.

On May 9, 1940, 69 people left Timmins on the first organized contingent. Others went to the Algonquin Regiment and by Sept. 4, 1940, they had enough to depart for camp Borden and onto Belgium and Holland. In January of 1942, another 50 men signed up from Timmins with Sergeant Melville in charge of recruiting offices.

The Porcupine had adopted its own bomber squadron called the 'Porcupine Squadron. No. 433'. It was a heavy-bomber unit of No. 6 RCAF Group at Skipton-on-Swale in Yorkshire, England. Their motto was, “Qui s'y frotte s'y pique.”