Looking back at a snapshot of history in the Hollinger Mine 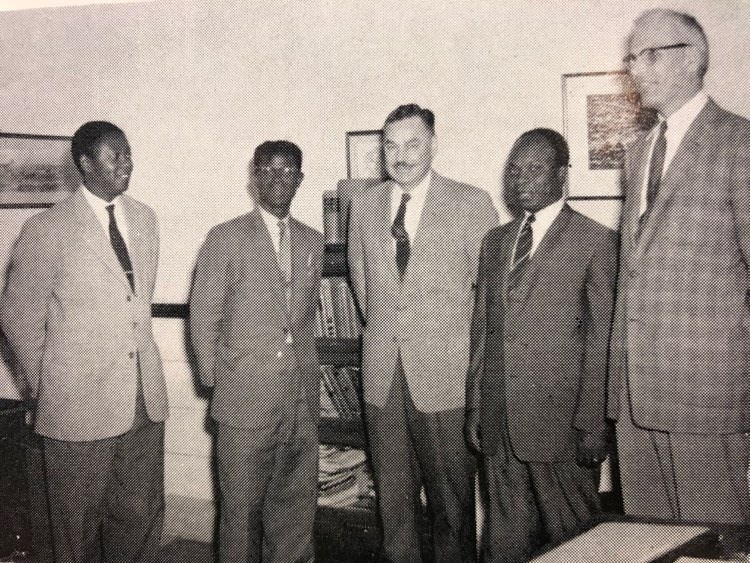 Coming up with topics for these weekly columns can be tricky at times however mining primary sources is always a good place to start when taking a deep dive into Local history.

The magazine highlighted general goings-on in the community and mine site and ran from 1946 to 1965. In this edition of Remember This? We take a closer look at one very special visit that took place in 1959.

The Hollinger Mine played host to so many VIPs from 1910 to 1968 including ministers, dignitaries, industry leaders from all over the world and no less than two members of the Royal Family, HRH the Prince of Wales in 1918 and his niece HRH Princess Margaret 63 years later in 1981.

In May of 1959, the Hollinger Miner documented a visit by two senior government officials: Mr. W.L Tsitsiwu, Education Attaché of Ghanaian embassy in Washington and Mr. E.V Mamphey director of training and education.

The purpose of their two-day visit? To talk shop and compare notes with their industry counterparts surely and the obligatory tour of the site goes without saying. However, the real goal was to underline the excellence of Ghanaians working and living in Timmins while developing further training plans for the two mine engineering students that were in the Hollinger’s employ at this time.

Joseph Danso was one of them, he got his start in the industry in Ghana then moved on to the U.K where he completed mine rescue training, obtained his Standard seal then moved lock, stock and barrel to work here in Timmins in 1958. Mr. Danso was a natural fit for the mine rescue team and competed in his first competition in November 1959 under the leadership of team supervisor Carson Miller

As luck would have it, the Hollinger team was bested that year by four other teams: The Broulan mine at the number one spot, Paymaster came in second, Dome third and the McIntyre fourth.

The versatile young man who had experience In several of the mining and engineering departments must have been very proud indeed that such an investment was being made in developing his and other employees' talents.

One can’t help but wonder what he and his colleagues, so young, keen and full of promise went on to achieve. Another deep dive is required for that though.