In this edition of Remember This, the Timmins Museum: National Exhibition Center looks back at the history of a waterway that has been important for thousands of years
Jun 21, 2020 11:00 AM By: Remember This? 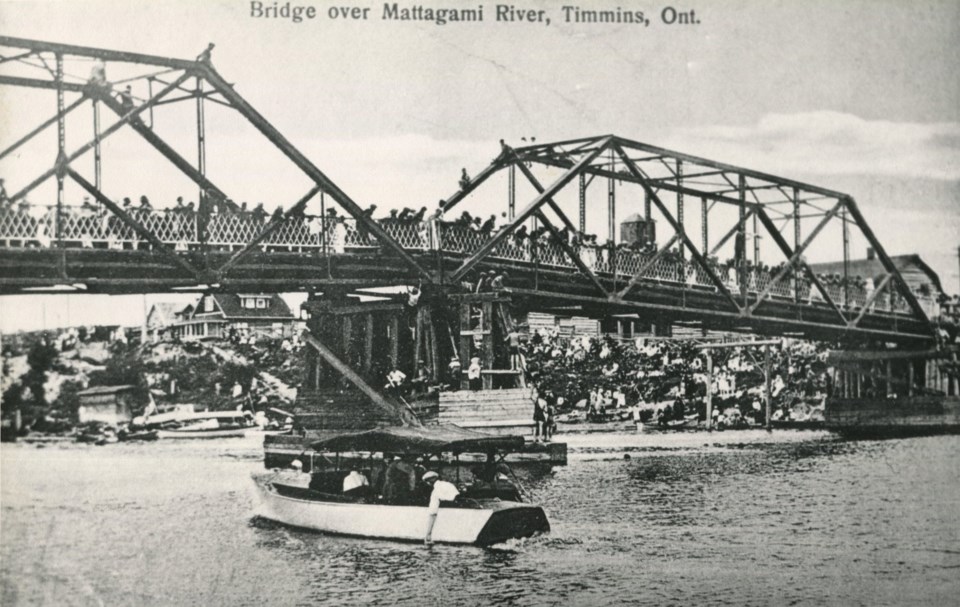 Summer has arrived, which had us thinking about getting outside and enjoying the water. Running through our city is a river that has a long and exciting history.

Archaeological work done in the past up to the present indicates that the Mattagami watershed was the home to the Shield Archaic Peoples. In Northern Ontario, this era represents about 4,000 years of prehistoric occupation, stretching from the Manitoba border on the west to the Quebec border on the east.

The Mattagami River was a long-distance travel route since pre-contact times and continued into historic times with reference to Yellow Falls by Euro-Canadian explorers. It has been described by various explorers as having low clay banks with small balsam, cedar, spruce, and poplar with dominating large poplar across the scenery.

Several historically significant canoe routes intersect at the junction of the Mattagami and Minisinakwa Rivers – one leading north to James Bay (via the Mattagami and Moose Rivers), and two others leading southwest to Lake Huron (via Minisinakwa, Biscotasi, and Spanish River). In the 17th century, Anishinaabe traders from Lake Nipissing carried Huron goods (and later the French) by way of these routes to the people on James Bay.

The First Nation Peoples have shared the Mattagami river area for more than 300 years with Europeans; however, their activity with the river goes back 6,000 years and perhaps several thousand years earlier. The river has seen many forms of activities from travel by canoe, to fur trading, logging and lumber mills, and early 20th Century leisurely boat cruises on the Minga.

Parcel panic, turkey shortages, late trains all part of Christmas past in Timmins
Dec 20, 2020 11:00 AM
Comments