Lets talk about the legendary Empire Theatres of Timmins

In this edition of Remember This, the Timmins Museum: National Exhibition Centre helps us take a look back at the beginning of moving pictures
0
Aug 25, 2019 11:51 AM By: Remember This? 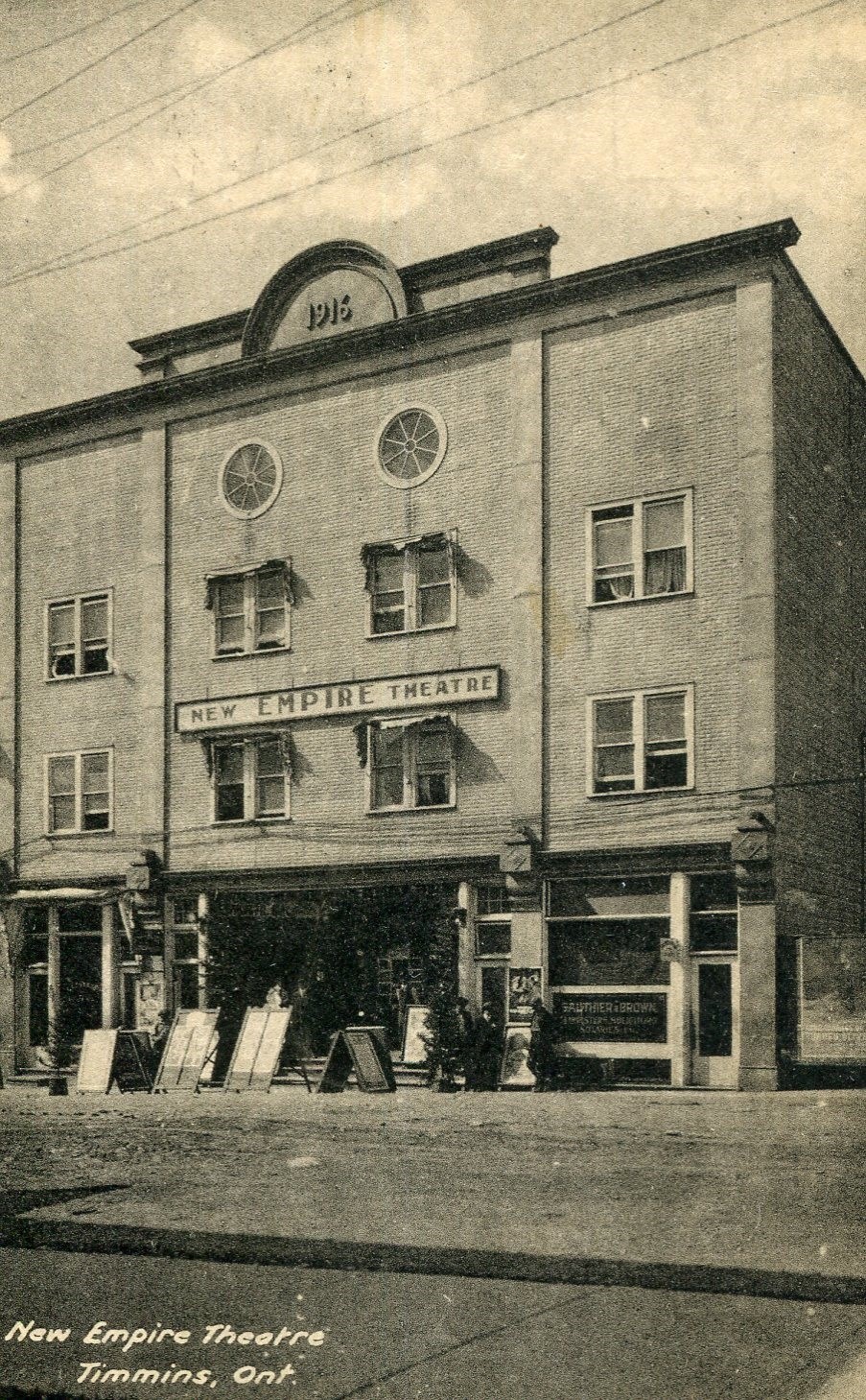 Entertainment was certainly a priority from the earliest days of the Porcupine camp from viewing films in tents to shiny glamourous theatres.

The Empire Theatre chain in Timmins is an establishment remembered by many. Did you know there were three of them? The first one opened in 1912 in the back of a general store on Third Street by Leo Mascioli and partner Pete Bardessono. It had used kitchen chairs and an unreliable Edison projector.

The second, The Old Empire Theatre (Third and Cedar), opened in 1913 but was poorly built but remodeled in 1923.

Oct. 23, 1916 saw the opening of The New Empire Theatre. According to the Porcupine Advance, it was decorated with swinging glass doors, a large stage, fire extinguishers, a heating system, opera chairs, an air purification system, and the latest motion picture projector. At the time, it was the largest and most up-to-date photo play house of its kind in northern Ontario.

The theatre was built by architect J. Joanisse at a cost of roughly $30,000. On opening night, about 600 people were seated. The opening film was Naked Hearts from Universal’s Bluebird Photoplays.

It continued to operate until the 1940s when it closed after newer theatres like The Broadway and the Victory Theatre opened.  Leo and Pete opened several other theatres and grew the business into a chain across the north.

The New Empire Theatre lives on in Timmins Senior Recreation Centre on Third and Spruce.