In this edition of Remember This, the Timmins Museum: National Exhibition Center looks back on a year in the life of fur trade post worker at New Brunswick House in 1810. Read for yourself the first-hand account of one such individual who speaks to us through time.
Sep 22, 2019 11:00 AM By: Remember This? 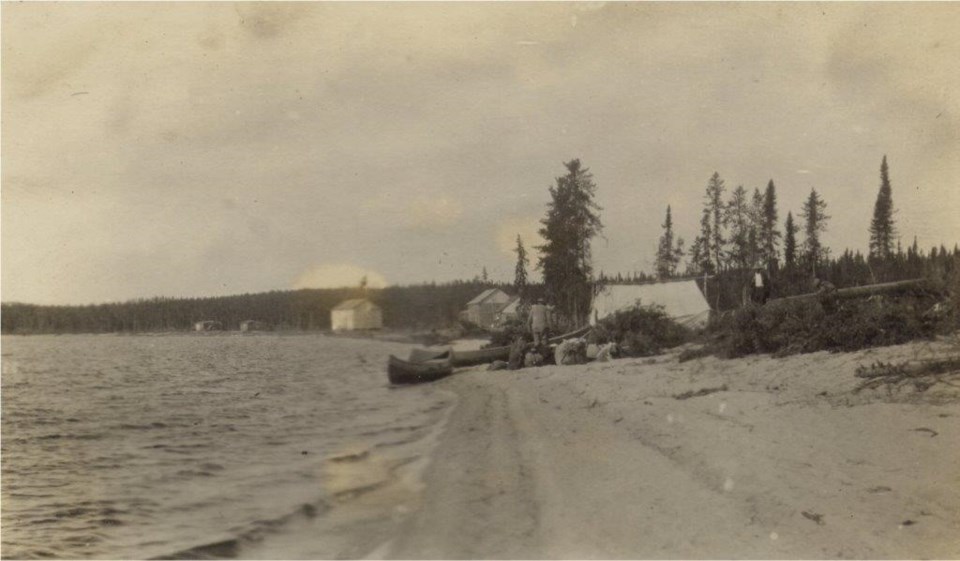 Exterior of the landscape of Hudson's Bay post at Abitibi from around 1907-1908. Trading posts were often near waterways making it easier to trade and transport goods between posts and onto either Montreal or Husdon’s Bay. Timmins Museum photo

March: Women set out rabbit traps while the men were busy making nails for weatherboarding the roof of a new cow house, repairing clothes for trade, and forging awl blades and traps.

April: Month was spent hunting, trapping, and trading. By the end of the month, the ice melted so the men began to bring home the small rafts of firewood that had been cut across the lake in the winter

June: Month began with packing the furs traded in the winter to send to Moose Factory. The furs then went north on two canoes.  The cow house was completed along with hoeing the potatoes, and trading

July:  Preparing the account books, writing the District Report, and composing annual letters to Europe. After the men packed the furs, they left for Moose Factory and work on the garden and tailoring would continued

August and September: Stock up on supplies for the winter. Barley was mowed and threshed. Logs were brought across the lake to finish the cow house floor

October:  Oats were cut, fish was salted, and potatoes were stored.  The first week was spent making Scotch barley. The boats were put away for the winter

November: The celebration of Guy Fawke’s Gunpowder Plot occurred. The men returned to hunting and trapping. Traps and fish nets were repaired and firewood cut for the winter

Parcel panic, turkey shortages, late trains all part of Christmas past in Timmins
Dec 20, 2020 11:00 AM
Comments