In this edition of Remember This, the Timmins Museum: National Exhibition Center looks back on a disaster that some believed killed as many as 200 people
Jul 5, 2020 11:00 AM By: Remember This? 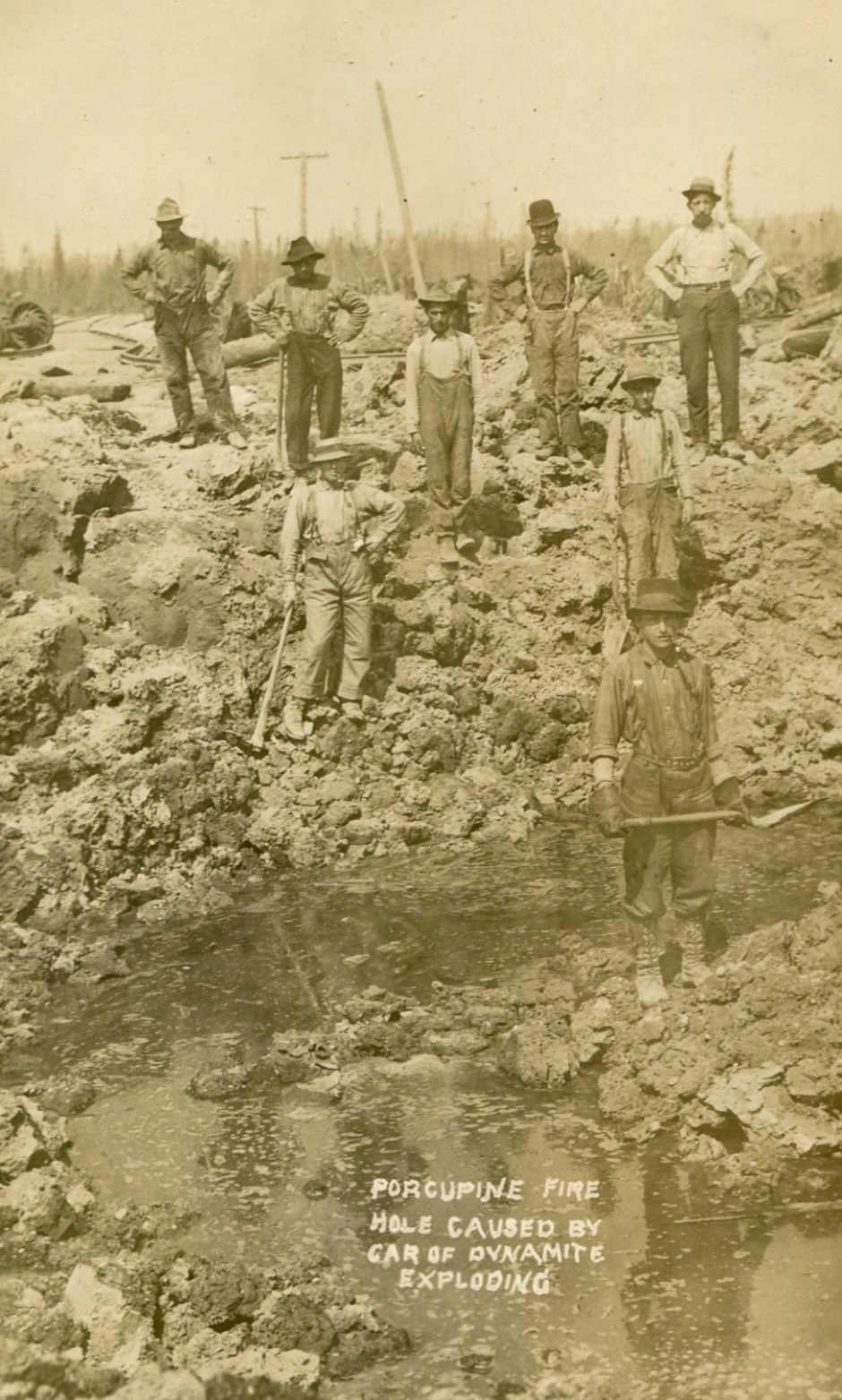 Porcupine Fire hole caused by car of dynamite exploding. A group of men is pictured with picks and shovels. Timmins Museum photo
From the Timmins Museum: National Exhibition Center:

In the summer before the fire of 1911, there was 8,000 good standing land claims. The town was not yet incorporated and it did not have any emergency services.

It had been a very dry hot spring and early summer but this did not deter Northern settlers from using fire to clear land. Burns were done often and many were used to seeing smoke in the sky over the northern Bush.

Some started to bury their possessions in the mud to keep them safe, just in case things got out of hand. One man buried his trunk of valuables and successfully recovered it after the fire. Mrs. Campsall found her bag of flour that she buried in her backyard before the fire reached her area.

On July 11, small bush fires turned into one blaze as wide as 20 miles. The wind blew up to 90 miles an hour and caused walls of flames as high as 150 feet. A T.& N.O. dynamite car went up in flames causing an explosion that showered the land with 480 cars worth of debris a mile into the air. On top of the gale winds, the fire created its own hurricane.

The official death count was around 71-77; however, many believed it was as high as 200 as there were many prospectors in the woods who may have been unaccounted for. The deceased were buried across Porcupine Lake at Dead Man’s Point which is their resting place today.