First Santa Claus Parade was a hit among locals and visitors to Porcupine alike
Dec 27, 2020 11:10 AM By: Remember This? 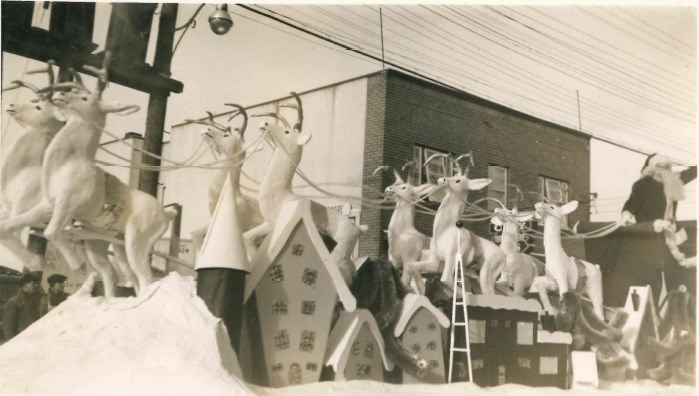 In this edition of Remember This, the Timmins Museum: National Exhibition Centre looks back on the 1949 Santa Claus Parade.

This year we watched them on TV, but the Santa Claus Parade has been an event of the holidays here since at least 1949.

The first Santa Claus Parade was held in November 1949. It was deemed a “thrilling pageant” and was an “outstanding success” according to the Porcupine Advance who published a review of the parade Dec. 1, 1949.

It was organized by the Chamber of Commerce alongside the Retail Merchants’ Division.

The purpose of the parade was not only to lift the holiday spirits but also it was staged to attract the thousands of buying public from the whole district into the Porcupine while also encouraging pre-Christmas sales.

The event attracted thousands to the Porcupine and became known as a trailblazing event for future generations to continue.

The articles state that not only was it a hit amongst locals but also that, with the possible exception of Toronto, the parade was not equalled to any other parade in the whole of the Dominion.

Overall, it was considered a tangible expression of faith in the community and its future as well as an exciting outing for children to attend – the first of its kind.