In this edition of Remember This, the Timmins Museum and National Exhibition Center takes  a closer look and the pulp and paper industry and how this humble product created prosperity in the North
0
Oct 13, 2019 10:58 AM By: Remember This? 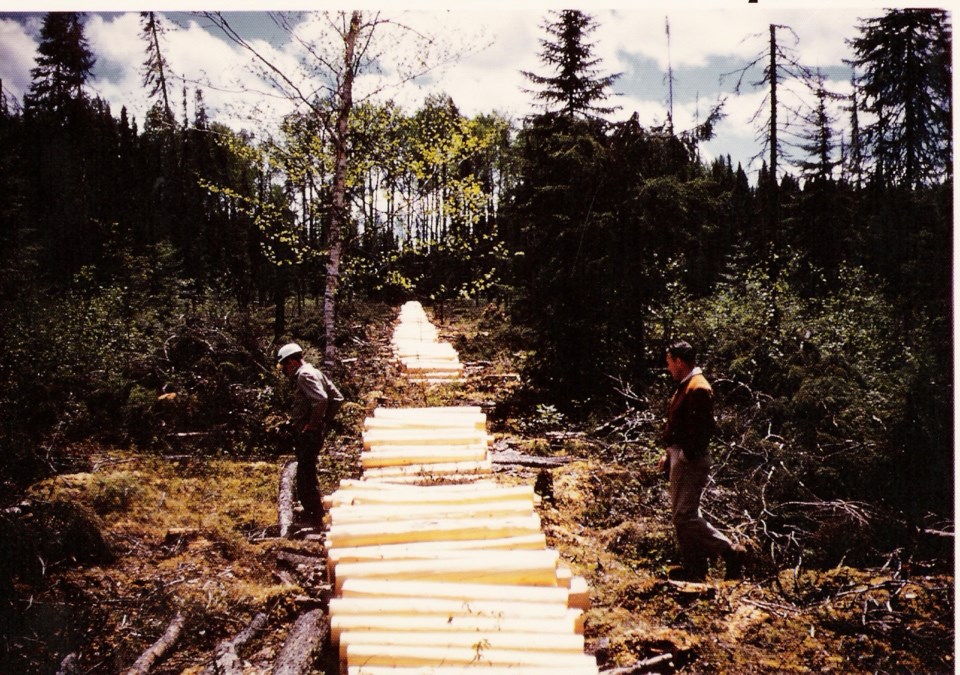 The abundant natural resources and running water of Northern Ontario made it particularly suitable for paper production.

The process of pulping wood consists of separating plant fibers and wood into their basic cellulose components. From there, all sorts of paper goods could be created from newsprint to wrapping paper.

In 1920, the Mattagami Pulp and Paper Company, which began in 1916 in Smooth Rock Falls, expanded its business to the area employing 1,500 individuals. In Connaught, 15 miles east from Timmins, was the largest plant in the immediate area where treated wood was shipped to Canadian and American paper mills.

Imports of newsprint to the United States in particular increased dramatically as their domestic supplies of spruce in the eastern U.S. dwindled. Spruce and poplar trees most commonly used in the pulping process were very plentiful here; the annual capacity of the pulp industry at the turn of the century was 60,000 tones which went on to expand 65 times that total only three decades later.

Small northern communities contributed greatly to this powerhouse resource-based industry, making Canada the top producer of newsprint globally. Pulpwood jobs were difficult to start with and made even more trying by the fact that most of these jobs were seasonal.

Rather than earning fixed wages, hard working men in this industry were payed by the volume they produced and it wasn’t uncommon for workers to supply their own tools as well.

As you paddle your canoe this weekend, let's remember its history
May 17, 2020 11:00 AM
Comments
We welcome your feedback and encourage you to share your thoughts. We ask that you be respectful of others and their points of view, refrain from personal attacks and stay on topic. To learn about our commenting policies and how we moderate, please read our Community Guidelines.