How Gillies Lake almost didn't come to be

In this edition of Remember This, the Timmins Museum and National Exhibition Center looks back on how one of the best loved summer fun spots in the city came to be
Jun 30, 2019 11:11 AM By: Remember This? 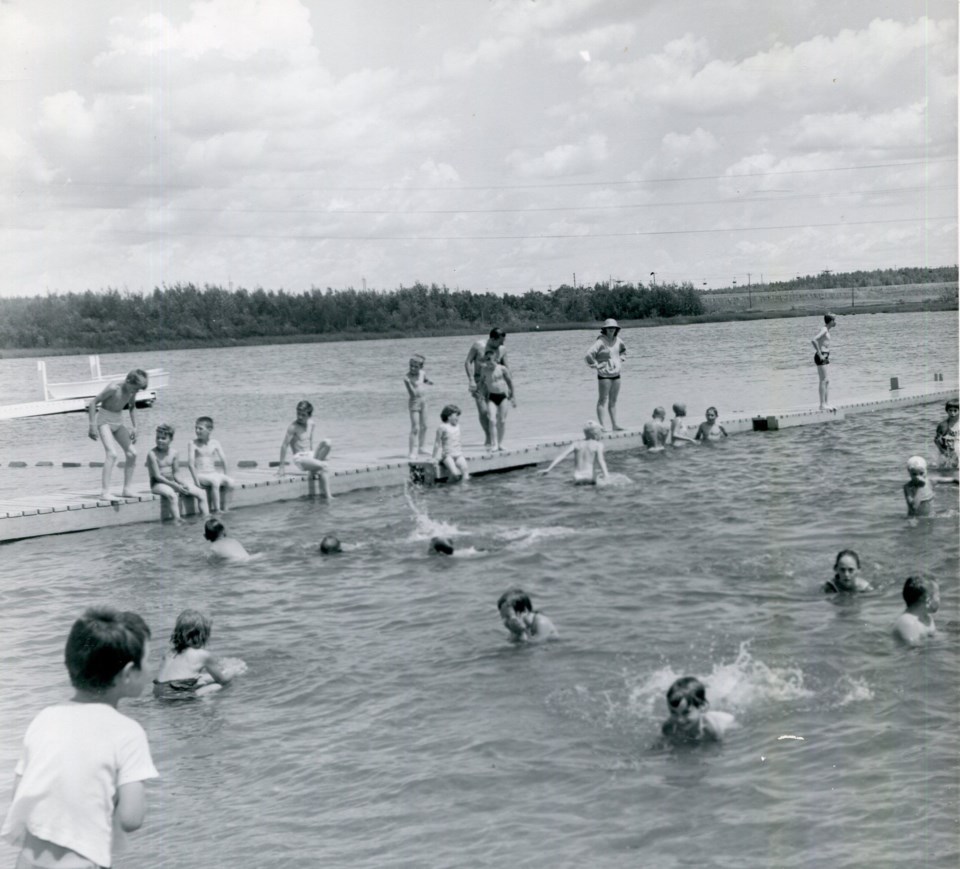 A group of youngsters enjoys a dip in the cool waters of Gillies Lake with a view of the Hollinger mine in the background. Timmins Museum photo

Being one of the most accessible and central beaches in the city, Gillies Lake remains to this day a popular summer destination.

At one time the Hollinger Mine was granted permission to dump it’s tailings on the lake bed in back in 1917. The lovely lake could have suffered the same fate as Miller Lake which was backfilled with tailings from the mine and eventually transformed into Hollinger Park.

By March of 1948, the future of the beach was looking more secure as the mine offered the city three quarters of an acre of land at Gillies for the sum of $200. As of June 1948, a lifeguard was on duty as hundreds of beachcombers flocked to the site to take full advantage of that fugitive northern sunshine.

The Kinsmen Club took a keen interest in improving the site and raised $5,000 which was earmarked for the “Gillies Lake Project”.

The club, which has been active in the community for over 95 years, was responsible for installing the docks at the lake and by no means did they stop there. As part of the expansion of the site the club added a playground, extensive landscaping, and extension of the beach area to maximize its potential for all sorts of leisurely activities.