In this edition of Remember This, the Timmins Museum: National Exhibition Center looks back on fun and entertainment in 1949.
Jun 7, 2020 11:00 AM By: Remember This? 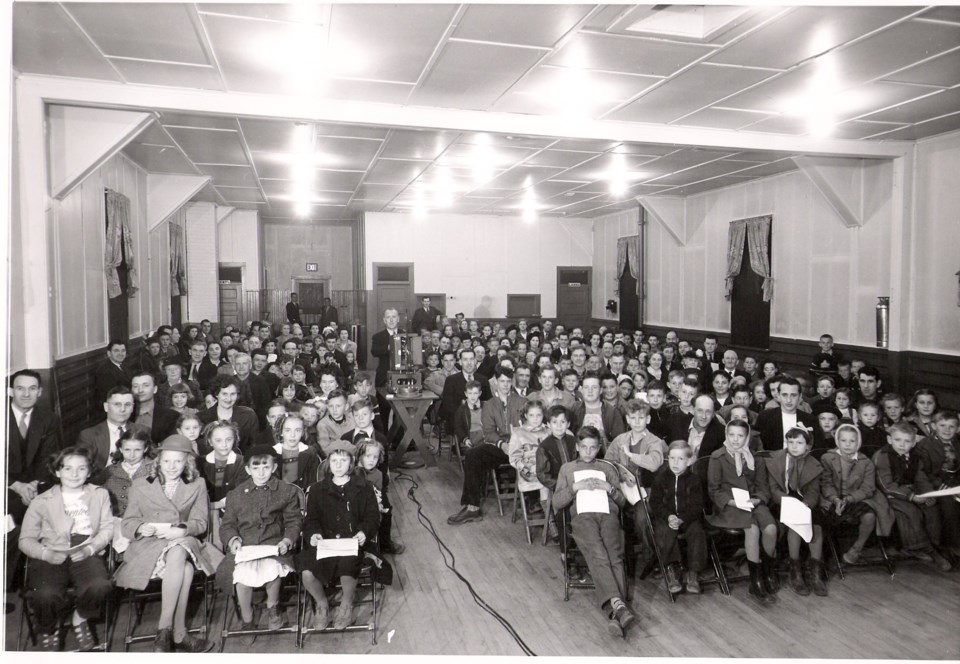 Clubs and organizations were extremely popular in this region. These clubs as well big companies built their own hall or maintained outdoor grounds for company and employee use.

These halls became important places for leisure activities. One of the many halls was were popular here was Hollinger Hall. Built in 1923, it was built primarily, though not exclusively, for employees of Hollinger Mine and their families to use for things like indoor sports, such as badminton or basketball, and for other fun events like dances, receptions, and private parties.

It became such a hot spot that in 1951 that Hollinger had to restrict use of the hall to employees only. It was a one-storey structure, 40X70 feet, and was located across the creek from the Hollinger Townsite.

Varied programs were offered at Hollinger Hall, which included community singing as one of the highlights. This photo was taken during the opening night’s program – it was a popular one! Every Tuesday night, the Hollinger Hall would also host a movie night. It was well-attended and often packed the house. A movie ticket in 1949 would cost approximately $0.46 - that is around $5.16 today.