Here's a look back at early hunting in the area

In this edition of Remember This, the Timmins Museum: National Exhibition Center, looks back on the self-sufficient hunters who inhabited the area for thousands of years and the traders who came later
Oct 4, 2020 11:00 AM By: Remember This? 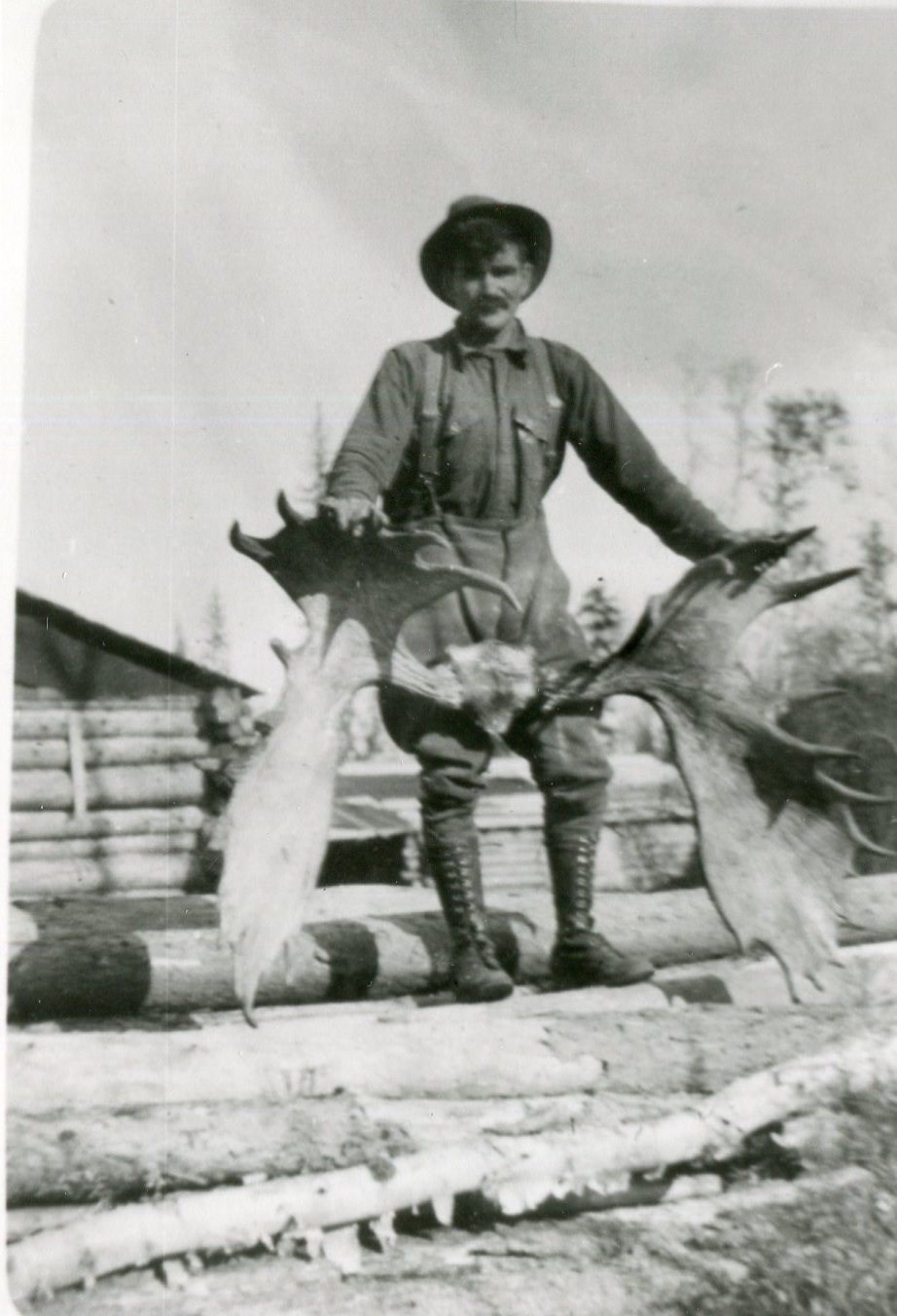 Tommy Jack stands on a pile of logs, holding moose antlers, in this Timmins Museum photo

Hunting and fishing has become a central part of a sense of identity in the region. Not only are they a popular pastimes today in the north but they were also a necessary part of life for thousands of years.

The Shield Archaic people were formally believed to be earliest known inhabitants of northeastern Ontario some 2,500 – 8,500 years ago. They were big game hunters who lived in the Timmins region following the last glacial ice-age.

Prior to the fur trade, the aboriginal economy was at a maintainable level that required constant hunting, trapping, and fishing. While being self-sufficient, their only dependency was on nature itself – if the winter was harsh, their life would be as well.

Indigenous people governed their life according to the seasons. The fall was the time to prepare the things they needed for hunting. The winter was spent hunting and trapping. Evidence from the fur trade era can help us understand how organized and essential hunting was.

Records from New Brunswick House trading post in 1810 shows us the breakdown of each month’s tasks:

November: The men returned to hunting and trapping. Traps and fish nets were repaired and firewood cut for the winter.

March: The women set out rabbit traps near the post and the men were busy making nails for weatherboarding the roof of a new cowhouse, repairing clothes for trade and forging awl blades and traps. Firewood was also cut and green timber was felled across the lake and dragged onto the ice.

April: Month was spent hunting, trapping, and trading with the indigenous people. By the end of the month, the ice was out and the men began to bring home the small rafts of firewood which had been cut across the lake in the winter.