Gold in these veins: The discovery of the Hollinger Mine

In this edition of Remember This, Alex Gillies describes the discovery in his own words
Sep 6, 2020 11:00 AM By: Remember This? 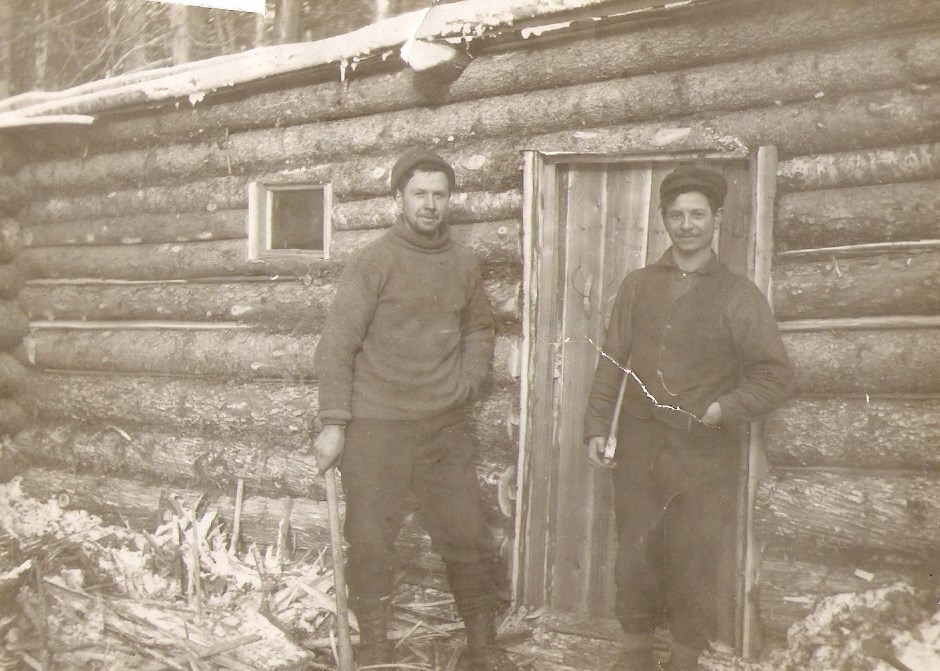 Left to right: Alex Gillies, Benny Hollinger; standing in front of a log structure. On revers it reads,

In 1909 amongst some of the first to arrive were two men are credited with finding the buried treasure where we now know as Timmins. Benny Hollinger and Alex Gillies discovered the jackpot to which we all know as Hollinger Gold Mine, the world’s largest producer of gold from 1910 to 1968.

These two men were experienced prospectors who were given $145 combined from two different grubstakes/investors. With their investment, they left for Porcupine.

After two days of exploring, they made a discovery, “I was cutting a discovery post and Benny was pulling some moss of rocks a few feet away when he suddenly let a roar out of him and threw his hat at me (Gillies). At first, I (Gillies) thought he had gone crazy but when I came over to where he was, it wasn’t hard to see the reason. The quartz where he has pulled the moss off looked as though someone had dripped a candle along it, but instead of wax, it was gold we saw. Don’t let anyone ever tell you that the original Hollinger discovery left any doubts of its importance. When we pulled the moss three feet out of the ground and away, the quartz stood out about six feet wide with splattered over it for about 60 feet along the vein. Daigle had worked the property and cut many trails through the bush but by a queer quirk of luck, one of his trails from the test pit passes the richest part of the vein at a point where he could have easily reached out and touched it with his hand.”

They staked 12 claims total that day – Hollinger chose six claims on the west which happened to be where the major gold was resting. Benny gradually lost the money he had received for the staking at Hollinger and died young of a heart attack.

A brief history of trading in the North
Aug 23, 2020 11:00 AM
Comments
We welcome your feedback and encourage you to share your thoughts. We ask that you be respectful of others and their points of view, refrain from personal attacks and stay on topic. To learn about our commenting policies and how we moderate, please read our Community Guidelines.