Early Porcupine posties delivered the mail, by all means necessary

In this edition of Remember This, the Timmins Museum: National Exhibition Center looks back on this essential service and the many forms it has taken throughout our community's history
0
Jun 9, 2019 11:00 AM By: TimminsToday Staff 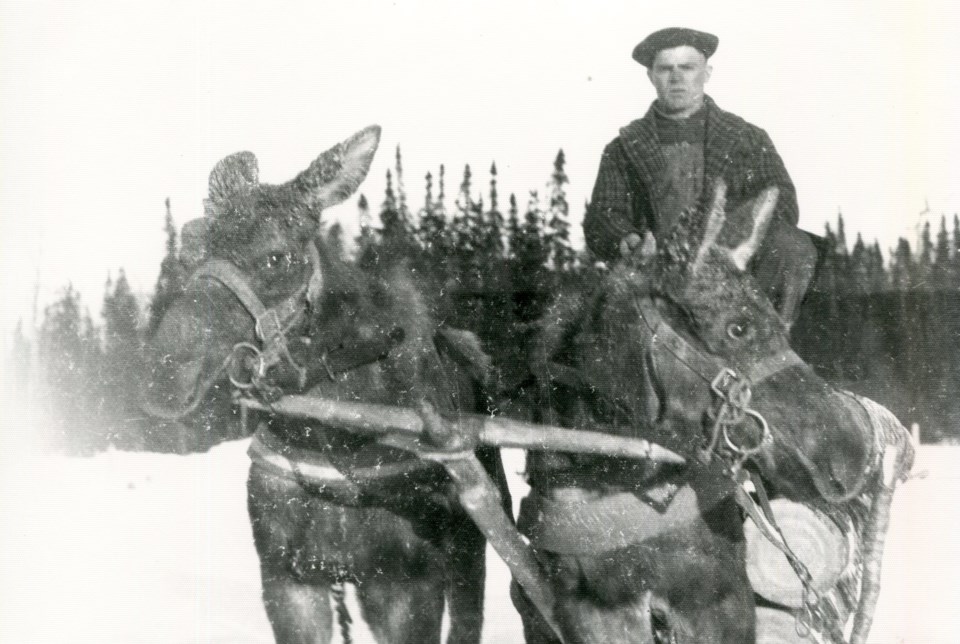 Shift Boss Ike Pichette moonlighting as rural mail carrier near field Ontario circa 1906 aided by his moose team whom he domesticated as calves. Timmins Museum photo

As basic and as rugged as life in the Porcupine goldfields was, it did have its very own post office in the early days of the Gold Rush.

This allowed prospectors to receive mail but also send out postcards to far flung relatives keeping them abreast of their adventures in mining.

In the wake of the 1911 fire which swept all fledgling infrastructure away, the postal service resumed service without missing a beat. At no time did this contact outside the isolation of the camp seem more important.

Undelivered mail also helped take stock of individuals unaccounted for as the concerted effort to rebuild began in earnest.

By 1912, Timmins was incorporated and had its very own post office on Third avenue, a second would be added on Pine Street in 1914. Our harsh winter weather could and often did interfere with the timely delivery of the post.

Restricted train service of the one mail train from the south meant letters could take up to a week to get to Toronto. While some residents may have been irked by these delays some more remote communities could only be reached four times a year.

In 1948, the mail took to the air as local firm Austin airways chartered mail runs up to Hudson’s bay taking up to a week to deliver parcels, correspondence and other essentials into the hands of grateful souls living way up North.