Dorans: A brewery for the North

In this edition of Remember This, the Timmins Museum: National Exhibition Center looks back on Timmins’ first brewery
May 5, 2019 11:00 AM By: Remember This? 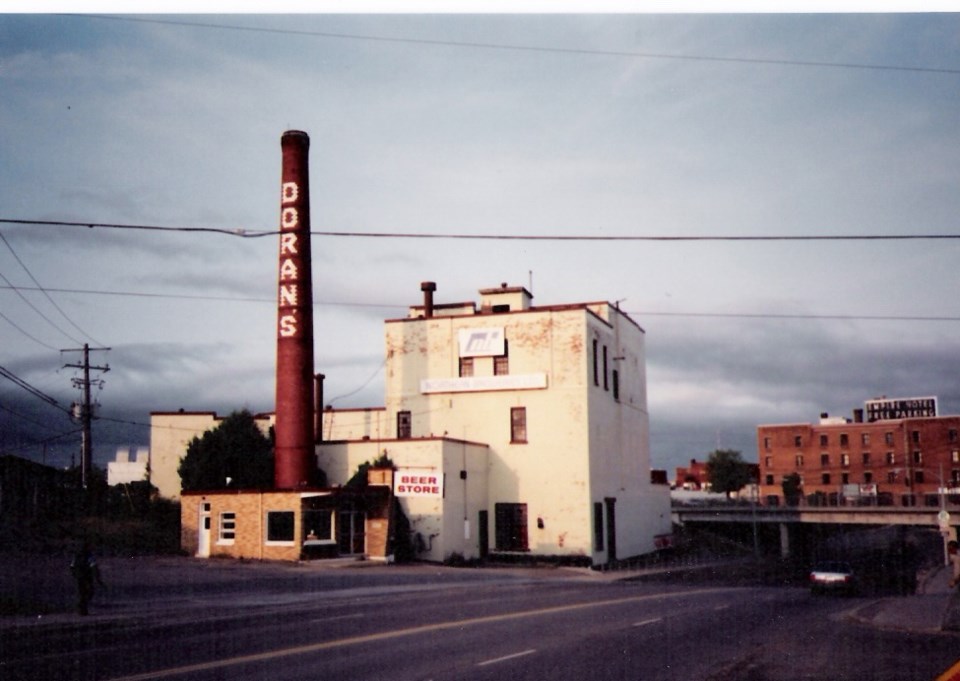 Doran’s Brewery, pictured here in 1991, was opened under the name Gold Belt Brewery in 1928. Timmins Museum

A growing number of independent breweries currently operate in towns across Northern Ontario, creating delicious beers for their communities and beyond, but at one time the northern empire was monopolized by a single enterprise.

J.J. Doran, along with his brothers-in-law J.J. Mackey and George Fee, began their brewing business in Sudbury in 1907. After acquiring existing companies in Sault Ste. Marie and Fort William (Thunder Bay), they started another brewery from scratch in Timmins in 1928 called the Gold Belt Brewery.

At the time, prohibition in Ontario had just come to an end and the Doran’s group were granted a charter from the newly formed Liquor Control Board which allowed them to manufacture beer and ale in Timmins. The new building was constructed on “the Cyanide”, a piece of filled-in land behind the railway station on the south side of the Schumacher Highway.

At the height of the Second World War, in 1942, the Wartime Alcohol Beverage Order was enacted which prevented beer manufactured south of the 46th parallel (which runs along the North Shore of Lake Huron) to be sold in markets to the north and vice-versa. As a result, large southern breweries such as Molson and Labatt were not allowed to compete in the north, securing the market for Doran’s breweries.

Those doors were eventually worn down in the 1970s when Doran’s was acquired by Canadian Breweries and Doran’s broke into the southern market. Heavy competition and declining sales, however, eventually led to the closing of the breweries in the early 2000s.

Trending in Remember This?