Did you know Timmins sits on prehistoric volcanoes?

That and more is revealed in this special geological edition of Remember This!
Jul 7, 2019 11:00 AM By: Remember This? 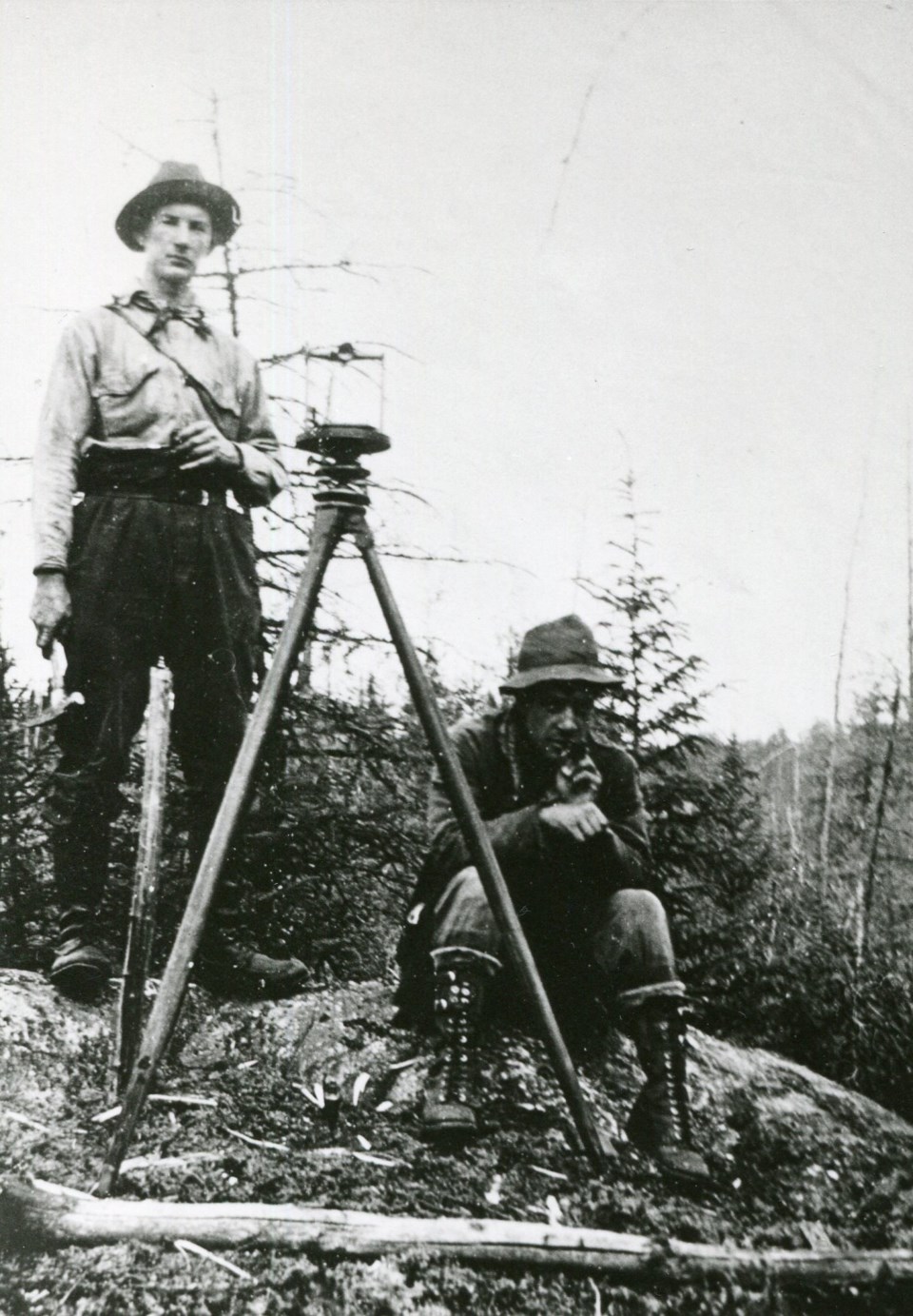 Land surveying was a big part of the process when it came to developing the city as well at the mining and industrial growth of our region. Surveying helped us learn more about the geography of the land. Pictured are two men with a transit surveying land in an unknown location. Timmins Museum photo

The geology of Timmins is structurally complex and rich with resources.

The city of Timmins has more than 500 lakes with hundreds of miles of rivers and streams. It is also part of the Precambrian Shield which is the oldest geological formation on the planet and underlies most of Northern Ontario. The shield is broken up into provinces with Timmins resting on what is known as the 'Superior' province.

Underneath the Tisdale and Whitney Townships is the Greenstone belt. The Abitibi Greenstone Belt is three kilometres wide and runs east and west. Made up from the fold of grinding volcanic rock that has cooled, this belt holds precious minerals and metals. It is here that the Hollinger, McIntyre, and Dome mines rest.

Timmins is also home to prehistoric volcanoes. They are usually found on or close to the Destor-Porcupine Fault, which is a major structure in the earth’s crust that can be traced several hundred kilometres from west of Timmins to near Val D’Or. Here is where you can find some the area’s major mines.

The city is located about 300 metres above sea level and sits in the middle of what was once a huge glacial lake known as Lake Barlow-Ojibway, stretching from the town of Kapuskasing eastward to Quebec.