A wartime Christmas effort in Timmins

In this week's edition of Remember This, the Timmins Museum reminds us what Christmas was like during the early part of the First World War
Dec 8, 2019 11:00 AM By: Remember This? 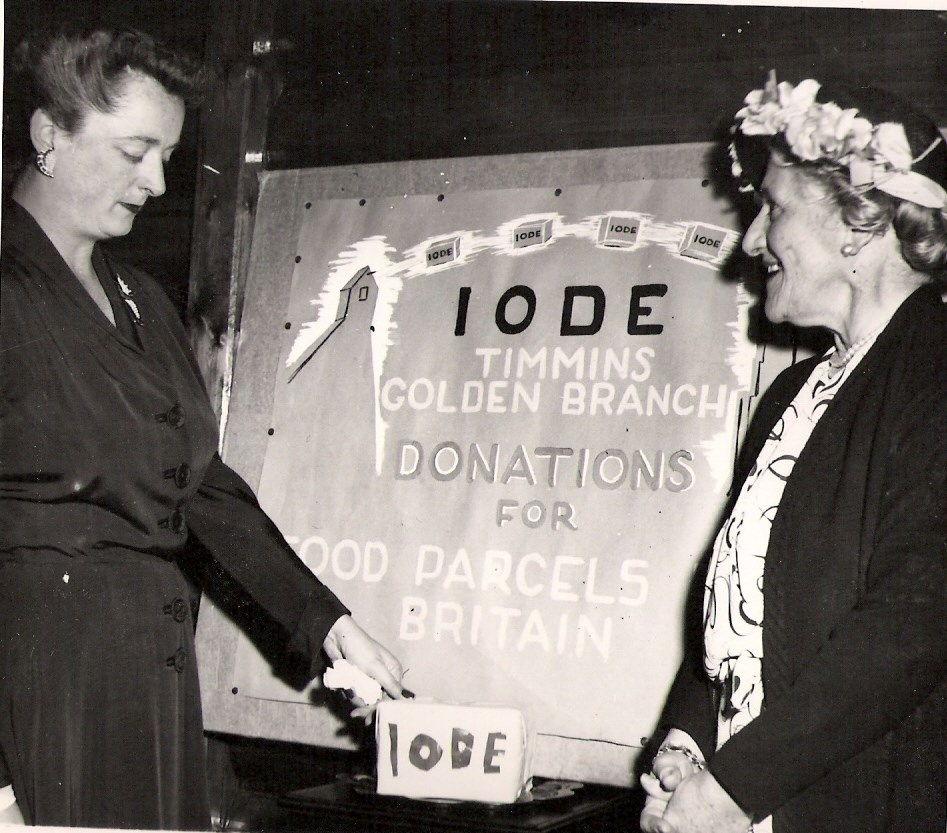 The “I.O.D.E” - Timmins Golden Branch Donations for Food Parcels Britain. Pictured here is  Mrs. W. Doran and Mrs. Robert Geo. Renson (in hat). One of the other contributions from Timmins was sending food over to Britain where troops were trained for the warfront. Timmins Museum photo

Christmas time in the earlier days meant many things – one of which was community effort and sacrifice.

When the First World War broke out, it was 1914 and Timmins was still a new and budding town. Despite its size, many singed up to contribute to the efforts overseas. So many men joined the military that it caused a labour shortage in the region.

Realizing the war would not end by Christmas like they expected, initiatives to recruit more troops became vital. Lt. Alex Smith pulled together 100 volunteers from the Porcupine plus six from Iroquois Falls and seven from Porquis Junction.

Local women teamed up with churches and ad hoc groups to raise money to arrange and send “comforts” to the troops overseas. Christmas boxes were put together and filled with familiar treats from home. Items such as: tobacco, cigars, pipes, Christmas cake, or socks were inside.

A dinner banquet was held at the Masonic Hall as a farewell to the men.  Mayor Wilson gave a speech about how proud he was that only just four years prior, Timmins had two buildings and now, in 1915, they were able to send 70 men to war.