In this edition of Remember This, the Timmins Museum: National Exhibition Center looks back at the HMCS Timmins, which patrolled the Pacific and Atlantic Oceans during the Second World War
0
Apr 21, 2019 11:00 AM By: Remember This? 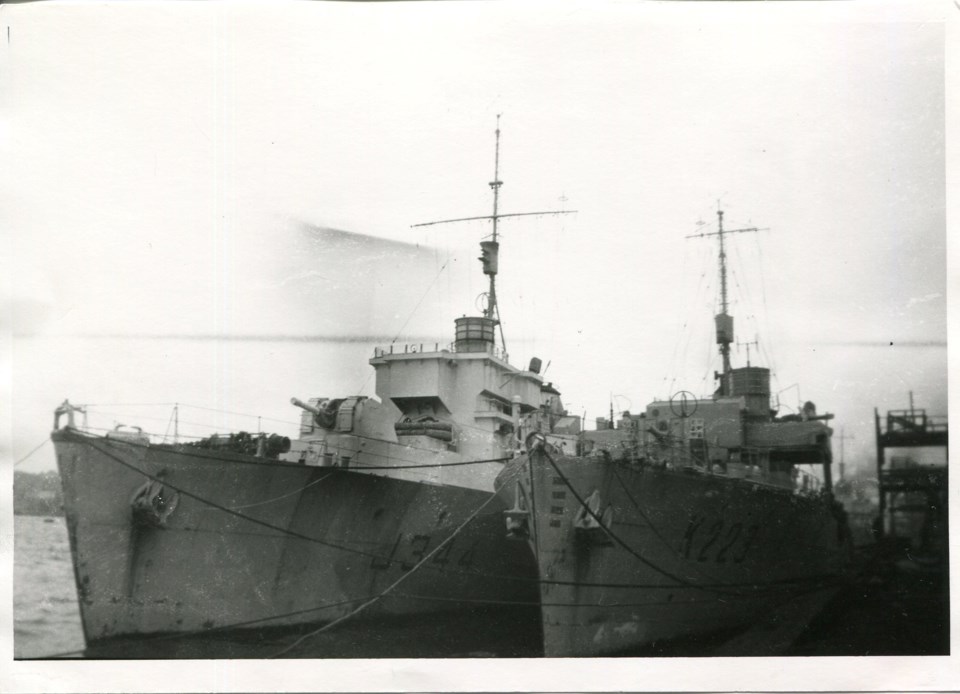 The HMCS Timmins, right, was a flower-class corvette commissioned by the Royal Canadian Navy during the Second World War. The first ships of this class bore the names of small communities, such as Napanee, which speaks to the modest plans the Navy initially had for the ships. The second round of ships, in 1940-41, were named after larger cities such as Halifax and Vancouver. Timmins Museum photo

During the Second World War, Britain, which is an island nation, was under serious threat by German U-Boats which were interrupting the flow of merchant ships across the Atlantic. The Royal Navy and Royal Canadian Navy commissioned a large number of corvette-type warships to help form convoys to escort these ships across the ocean.

Inspired by the naming of HMCS Cobalt, the city of Timmins petitioned their local MP, J.A. Bradette, to have one of the new corvettes honour the famous gold mining city which was making important contributions to the war effort. Their appeals were noticed, and HMCS Timmins was commissioned February 10, 1942.

As hoped, the people of Timmins frequently sent comfort kits and supplies to the sailors on board the ship. One letter published in the Porcupine Advance thanked local residents for the ten thousand cigarettes and other items including electric toasters and baseball gear.

The HMCS Timmins spent a few months patrolling the west coast of Canada in 1942 before moving to Halifax in October of that year where it operated in the Western Local Escort Force until the end of the war.