Devoted to the sport

Cory Nephin serves as president of the Northern Ontario Walleye Trail and spends plenty of time around the sport
0
Dec 6, 2018 10:00 PM By: David W. Reid 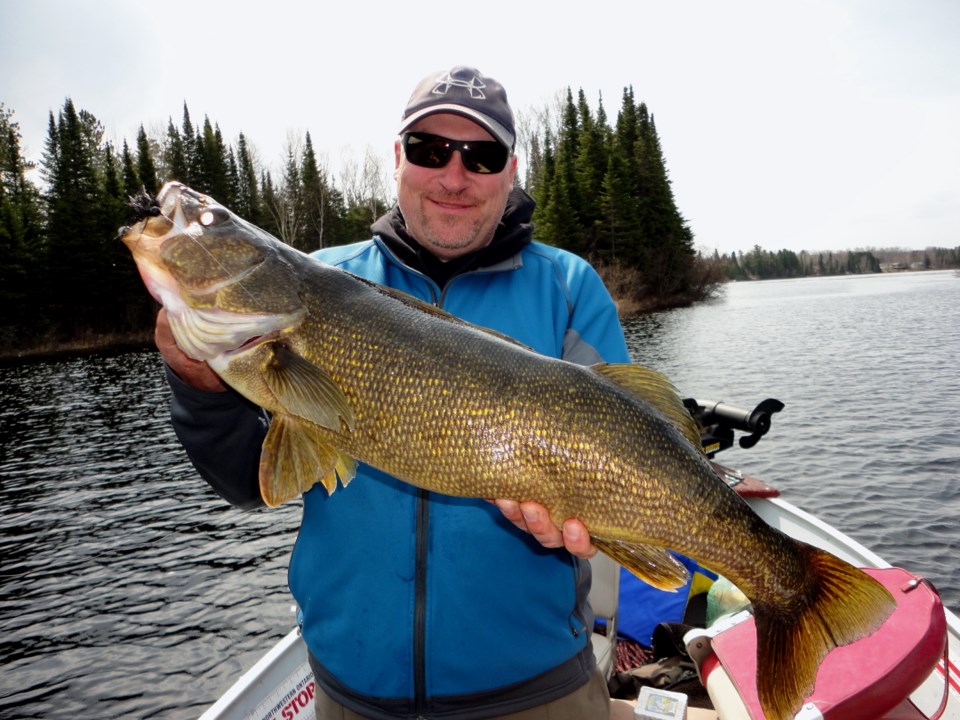 This week I would like to introduce an angler that has dedicated countless hours volunteering his time of bring competitive walleye events for anglers, here, other provinces and some from the U.S. to come and compete here in northern Ontario.

His devotion and passion to work along side other volunteers has resulted in both the Geraldton Walleye Classic and the Northern Ontario Walleye Trail to continually grow each year.

Besides volunteering, his fierce competitive nature has allowed him to win several events and to constantly place in many of the NOWT events over the years.

I would like to introduce this weeks angler, NOWT President Cory Nephin :

Q: Where were you born?

CN: I was born in a small town located on the western part of northern Ontario called Atikokan.

Q: Who played a role in getting you started in fishing?

CN" I spent most of my early years fishing with my grandfather and uncle on Perch Lake, near Atikokan, where our family camp was located. They were both instrumental in instilling a love for the outdoors and especially fishing and hunting in me.

Q: As a youth, where did you fish and for what?

CN: Although I moved to Thunder Bay at a very young age, I returned to Atikokan every summer as a youth and a teen to stay at my grandparents cottage and work at a local bait shop. My brother, cousins and I would spend countless hours on the water exploring new places to fish while unknowingly honing our fishing skills that would later help in our tournament careers. We often targeted walleye and bass although would on occasion search for large northern pike.

Q: At what age did you start fishing?

CN: I don’t exactly recall the first time I wet a line but there are photos of me in my grandparents boat sleeping in a bassinet. So, I imagine the first day I was old enough to sit up on my own and hold a fishing rod, would have been the day I began fishing.

Q: How did you get into walleye tournament fishing and why?

CN: I fished my first ever tournament over 30 years ago at the age of 16 with my father. Although it was a bass tournament and our placing was less than stellar, I was immediately addicted on tournament angling. I fished mostly bass tournaments until I moved east to Geraldton and found that the bass fishing was limited, especially tournaments. Luckily for me there were a number of walleye tournaments to fill the void. Once I tried one, I never looked back. There are a number of reasons why I love the sport of tournament angling. Of course I love competing with the best anglers the area has to offer, but more important is the comradery we have as competitors and anglers. I can honestly say many of what I would consider my best friends have been met through fishing tournaments.

Q: What was your most memorable fishing experience and why?

CN: I have had many memorable experiences on the water with my family and friends. Whether it’s fun fishing, a tournament win or a tournament disaster, I remember them all equally just not all in the same light. Although I am not able to chose a most memorable today, I have a feeling by the end of next summer my most memorable and probably most emotional experience will be fishing a tournament with my 9-year-old son. It will be his first “adult tournament” and I cant wait to see his first morning jitters and the excitement in his eyes as we wait for our boat number to be called.

Q: List any anglers that helped you learn more about fishing over the years.

CN: Truthfully, whether its watching a seasoned veteran or a first-timer, I continue to learn every time I’m on the water with them or listening to them describe a day of fishing off the water. There is always information to be gathered and techniques to be learned when around any angler. I will refrain from mentioning names as I would have a list too long to mention and I fear I might forget to mention someone important.

CN: I have been sponsored by Princecraft boats for many years. They have been very generous to myself as well the Northern Ontario Walleye Trail, which I have been a long-time board member of. I love my Princecraft boat which has been an important component in my good fortunes on the water allowing me to win a number of walleye and bass tournaments over the years.

CN: I am extremely lucky to have a very supportive family. My wife Amie has made many sacrifices over the years while I have been gone fishing tournaments. I also have two awesome children - daughter Caitlin and son Liam - both of which love fishing and understand how important fishing is to their father. I remember a few years ago I had to cancel a tournament at the last second due to a work commitment. When I explained to my daughter, who was about 6-years-old at the time, that I couldn’t go fishing because of work, her eyes welled up and tears started to form. Not because she was missing out on anything but because she knew how important it was to me.

Q: What are some of your favourite fish you like to fish for and why?

CN: Honestly, It truly doesn’t matter what I’m fishing for as long as I’m fishing. I just absolutely love to fish. Its difficult for me to explain the passion and enjoyment I get from being on the water to anyone other than a fellow angler. Maybe that’s why we all get along so well..

Q: What is your favourite fishing technique(s) for walleyes?

CN: I use many different techniques for walleyes depending on conditions and water bodies. However, if I had to choose a favourite, I would probably have to say casting and ripping cranks in shallow water. It is a very aggressive approach that allows me to cover water quickly. Not to mention the firm strike and heavily bent rod that accompanies every bite. The adrenalin rush on the strike is unmatched especially when a tournament win is on the line.

Q: Why do you fish walleye tournaments?

CN: I fish walleye tournaments because I love walleye fishing, competition, and developing new and existing friendships. In a nutshell, this is what tournament angling is all about.

Q: Why did you agree to have your bio done?

CN: I think it is important, for those of us who have spent a lot of time on the tournament scene, to promote the sport to potential new anglers. Whether young or old it’s a sport you can compete with one another on a equal footing. Trust me when I say if you fish just one walleye tournament you will be hooked.

Q: Any tips you would give to a new Walleye Angler looking at fishing the NOWT?

CN: Although everyone participating in a tournament has the ambition and expectation they are going to win. Realistically, with all things being equal, each team has less than a 1 per cent chance of hoisting the winners trophy. So set some realistic goals and participate with the intention of learning and having fun. You will without question meet some great people and learn some new walleye fishing approaches. If you are fortunate enough to cash a cheque, be humble because no matter how good things went for you this event, they can go just as bad the next.

Q: What would be some of your greatest accomplishments over the years of fishing?

CN: I’m probably most satisfied with the accomplishments I have made with respect to my volunteer hours put into making the Geraldton Walleye Classic (GWC) and the Northern Ontario Walleye Trail (NOWT) more popular. Back in the early 2000’s Donna Pelletier and myself had a vision for the future of the GWC. It took us a few years and a lot of effort but we were finally able to realize our vision of running a top-notch walleye tournament that anglers were willing to travel from all over to participate in. The popularity has grown so much that the field that once only had 17 teams now boasts a field of 130 teams with an extensive waiting list. I’m also very proud of the work I have done on the board of the NOWT. I have been an active board member for over 15 years and have seen the trail steadily gain in popularity over this period.

I would like to thank Cory for all his volunteer work he has done over the years and for finding the time to have his profile done during one of his busiest times of the year.

Here's who qualified for the 2020 Walleye Championships (4 photos)
Dec 31, 2019 11:00 AM
Comments
We welcome your feedback and encourage you to share your thoughts on this story. We ask that you be respectful of others and their points of view, refrain from personal attacks and stay on topic. To learn about our commenting policies and how we moderate, please read our Community Guidelines.