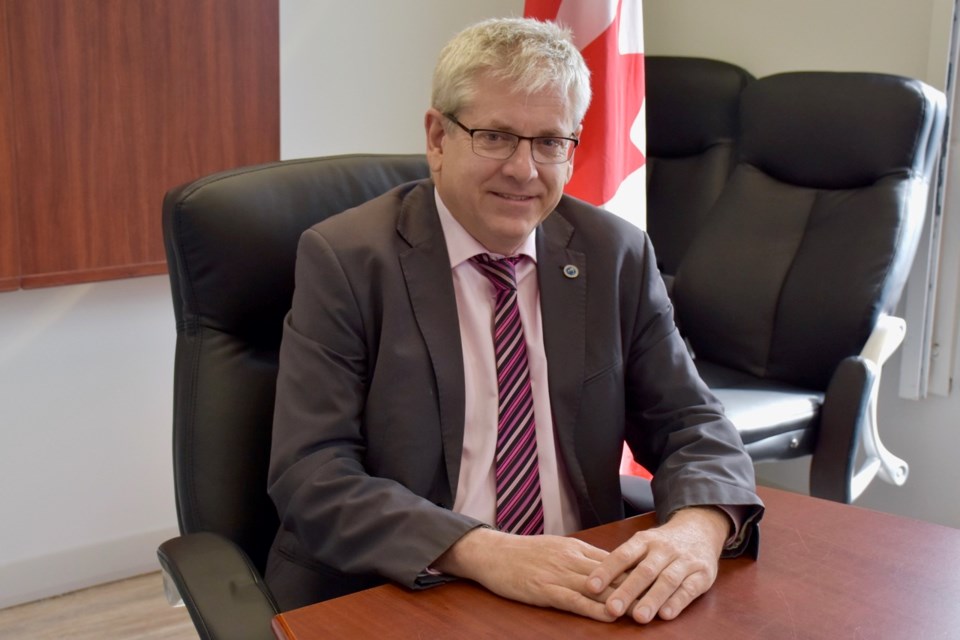 In Parliament, the incumbent NDP candidate for Timmins-James Bay said he's not one to sit on the back bench repeating the talking points of the party.

"People have never heard me talk like that, they never will hear me being just a hand puppet of the Prime Minister or the leader of the opposition’s office. I speak for our people and I’m proud to do it,” he said.

Before that, he served two terms as a Northeast Catholic District School Board Trustee.

A musician and journalist, it was threat of Toronto shipping their garbage to the Adam's Mine that moved him into political action.

The battle to stop the landfill, said Angus, took about eight years.

“But we won that and then I began to work as a negotiator for the First Nations coming out of that because I’d learned how to work in the communities and how to be a respectful supporter of the issues that the communities were facing at that time,” he said.

The 2019 federal election is the sixth campaign for Angus.

While he likes to say he hates politics, he loves the people of the north.

"I was so inspired how Shannen stood up and spoke up for Indigenous youth rights and changed the national conversation forever about the treatment of Indigenous children. Shannen died much too young at age 15, but she’s been recognized as one of  the 150 most famous Canadian women in history. I worked with Shannen when she was in Grade 8 and what inspires me is I think there are so many other young Shannens out there, so many young people who...if they have mentorship and they have opportunity, will transform this nation,” he said.

Angus believes he's still the right voice for the north.

He pointed to some of his accomplishments over the years.

"We’ve got two schools built where there were no schools in James Bay, we got the youth centre built in the middle of a suicide crisis, we got clean water issues on the national and international agenda about Canada," he said.

"We’ve seen more FedNor funding in Timmins-James Bay than almost all the other regions of the north in the last four years. I don’t take credit for all that money coming in, what I take credit for is that we have great, great projects coming on-stream in Timmins and that in Ottawa I fight to make sure that the funding programs are there."

There are still a number of opportunities to get more for the riding.

While he was pleased to get all-party support for a national suicide prevention plan, he said there's a "major housing crisis in Timmins" that has to be addressed.

“And we have to support better economic diversification, which is why I continue to push Liberals and Conservatives to stand up with me and make sure that FedNor’s a standalone agency. Right now it’s the only economic development agency in Canada that’s not standalone and the Liberals run it out of the minister’s office in Mississauga and that does not respect the needs and issues of the north. We need to diversify our economy, we need to have better tools to do that,” he said.

His Timmins campaign office is located at 71 Algonquin Blvd.