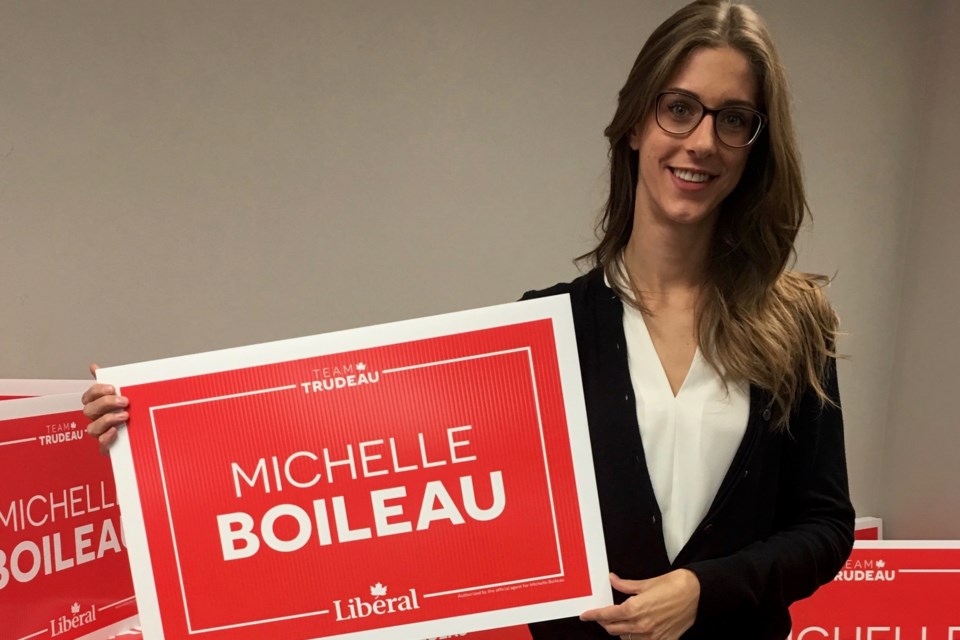 There was a moment eight years ago when Michelle Boileau knew she wanted to work for the people of Northern Ontario.

The 30-year-old Liberal candidate for Timmins-James Bay had graduated university and was coming back from a mission in Guatemala.

"It was in 2011 and it’s when the housing crisis in Attawapiskat came to light. I remember feeling very disappointed and deceived that people were living in these kind of conditions in my own backyard my whole life and I had no idea. And so that was really what pushed me to stay in the region after having come back from university and to work to better the communities in northeastern ontario especially,” she said.

Boileau was born and raised in Timmins — Mountjoy, to be specific.

Last October she was elected to Timmins City Council as one of four councillors for Ward 5. A sitting councillor is able to run for higher office, either provincially or federally. If elected, they have to resign their municipal seat.

“In terms of humanitarian work, I spearheaded the humanitarian project with College Boreal. We had brought a group of students and staff to do house builds in Guatemala,” she said, explaining there's a component for local volunteer work with it as well.

She's been involved with the local Liberal Electoral District Association since 2015.

In Timmins-James Bay, she believes now is the right time to run because the people deserve their fair share.

“I know the communities very well, I know what our challenges are in the riding from having travelled throughout,” she said.

Since joining council, she's been learning about how municipalities work with the different levels of government.

With the change of government provincially, she felt there were a lot of pressures municipalities would be feeling as a result of cuts.

“I wanted to try to work with the federal government to be that safeguard between municipalities and those changes at the provincial level,” she said.

While the Attawapiskat housing crisis is the driving moment pushing her to address social issues in the region, she's always had an interest in politics.

“There was always a little bit of activist in me, especially being Francophone, Franco-Ontarian, I learnt at a young age how important it was to defend our language rights and so that was something I remember always being very passionate about as well,” she said.

There are a few different things Boileau said could have the greatest impact in the region.

In the past four years, she noted the long-term water advisories across the country that have been lifted.

She also noted the ground that's been made addressing softwood lumber negotiations, and extending the mining exploration tax credit.

To connect with Michelle Boileau, you can find her on Facebook, visit michelleboileau.liberal.ca or email teamboileau2019@gmail.com.

Her Timmins campaign office is located at 190 3rd Ave.