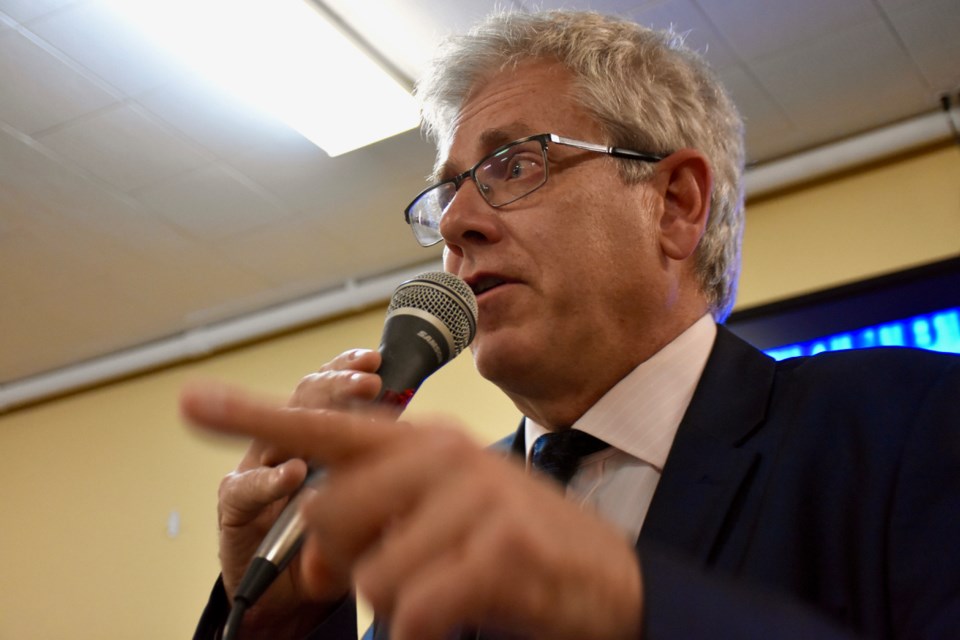 NDP Charlie Angus is heading back to Ottawa after his sixth election win in Timmins-James Bay. Maija Hoggett/TimminsToday

Charlie Angus is heading back to Ottawa, and he’s looking forward to being the voice of Timmins-James Bay in a minority government.

There were big cheers from NDP supporters at the Dante Club tonight as Angus arrived to celebrate the victory.

“We ran a huge campaign across this region and we were hearing from the get-go that people were dissatisfied with the status quo, so we were expecting minority. One of the things about minority is you want people with experience there, so people gave me their trust, we got that trust from the far north to the far south of the riding and it was a hard-fought campaign. The other campaigns were very well organized and I have a lot of respect for them, but people said they want a social democratic voice in Ottawa in this new minority government and I’m looking forward to being their voice,” he said.

On the campaign trail, he said their team heard that people believe in the work he’s doing.

The job ahead, he said is to be a strong voice for the riding in Ottawa.

“We’ve got a minority government, we have a lot of work to do and it’s going to take some tough negotiations before Mr. Trudeau can safely say that he can govern for the next few years. But if we can work on a platform together on things that matter to people in Northern Ontario, then I’m more than willing to be a good partner,” he said.

Tonight’s win was the sixth for Angus, who was first elected in 2004.

With each campaign, he doesn’t take votes for granted.

Local students pick Charlie Angus to represent Timmins-James Bay
Oct 21, 2019 10:26 PM
Comments
We welcome your feedback and encourage you to share your thoughts. We ask that you be respectful of others and their points of view, refrain from personal attacks and stay on topic. To learn about our commenting policies and how we moderate, please read our Community Guidelines.