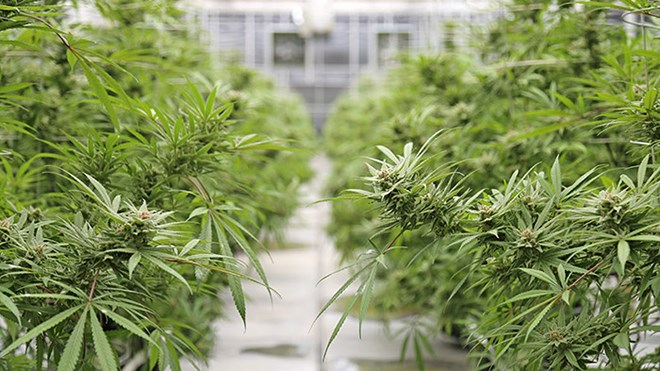 THOROLD - The towns of Welland and Pelham are stepping up their efforts to air out pot smell coming from local cannabis producers that they say are causing a headache for locals.

In Pelham, a new nuisance bylaw will take effect by the end of the month, giving the town the opportunity to fine industrial growers for unwanted whiffs.

Pelham Mayor Marvin Junkin told Thorold News that bylaw officers have been trained to operate a recently purchased $5000-device that detects smell via particles and gives a reading on a 'smell index'.

"It is on a scale, where I believe the value of 3 or 4 would result in a fine, around 500 dollars each time," said Marvin Junkin.

When a complaint comes to the city, officers will go out to investigate, said Junkin.

Currently, the city hears from citizens fed up with the smell a couple of times per month, said Junkin, which is significantly lower than before.

“Over the past two years, when the companies came into town it was very bad. They have made improvements, but once they see the limits of this bylaw they will have to invest in a different level of equipment,” said Junkin, adding that producers who are looking to settle in the south Niagara town will have to adhere to stricter regulations than before.

But it is not only Pelham that has taken issue with the dank smell.

In neighboring Welland, Mayor Frank Campion says he can smell the grow-ops in his town too.

“It can be quite pungent, depending on wind direction, or lack of wind. I’m not fond of it. We are getting calls from residents, but the problem is that it is coming from Pelham and our bylaw enforcement can’t do anything,” he said.

Welland city council has pleaded with the region to create resolutions to present to the Federation of Canadian Municipalities in an effort to effect change in the approval process and 'hold cannabis facilities accountable for their odor and light emissions.'

The goal, said both Junkin and Campion, is to have the federal government more actively deal with the issues around cannabis production.

“We would like the region, all municipalities to adopt a resolution and work together. This is an issue across the region. Hamilton is experiencing the same thing. We find strength in numbers and will have a stronger voice,” Campion said.

Thorold News reached out to licensed producer Redecan who said they will respond to the criticism later on Tuesday.

Canntrust, the second major producer in the Pelham area, did not return a request for comment.

ONTARIO: Windsor-Essex to stay in Stage 2 given COVID infections of farmworkers
Aug 4, 2020 1:13 PM
Comments
We welcome your feedback and encourage you to share your thoughts. We ask that you be respectful of others and their points of view, refrain from personal attacks and stay on topic. To learn about our commenting policies and how we moderate, please read our Community Guidelines.