Thousands of people took to social media to express anger that convicted drunk driver Marco Muzzo has been granted day parole four years into his 10-year sentence
Apr 29, 2020 9:07 AM By: Debora Kelly 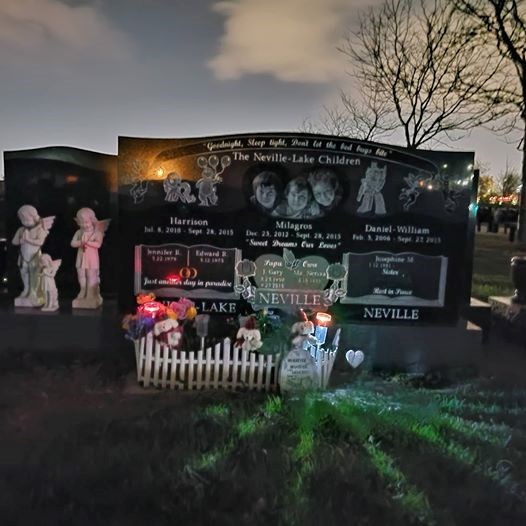 Jennifer Neville-Lake posted a photograph of her children's memorial stone on announcing on her Facebook page that Marco Muzzo received day parole.

Her children, Daniel, 9, Harrison, 5, and Milly, 2, and their 65-year-old grandfather, Gary Neville, were killed in September 2015 when Muzzo sped through a Vaughan intersection, colliding with their van.

The Parole Board of Canada permitted Neville-Lake to listen to the parole hearing by telephone, as due to COVID-19 restrictions, she was not allowed to be present at Beaver Creek Institution in Gravenhurst where Muzzo is serving a 10-year sentence.

"He has served just over one year for each of the deaths that he caused," Neville-Lake said in an online video. "It's not fair that he can be released prior to serving all of the minimal sentence that he received for this destruction of my family."

Thousands posted on social media to condemn the decision as a "miscarriage of justice", "ridiculous", "despicable", "shameful" and "heartbreaking." Many others expressed condolences to Neville-Lake.

"I am so sorry for everything you have endured, and continue to endure. There are no words. Your dignity and grace continue to shine bright over the memories of your loved ones and they are in the hearts and minds of all of us," wrote Britta Hild on Neville-Lake's Facebook page.

Muzzo's previous applications for day and full parole in November 2018 were denied, due to his lack of insight into his drinking habits and the risk they may pose to the public, according to the parole board.

Neville-Lake thanked people who wrote community statements urging the board to deny parole.

"No matter what happened today, Daniel, Harry and Milly don't get to come back home. My dad isn't coming home to my mom. Nothing changes for me. If you wrote a Community Statement for my family, thank you for doing your best. I know I did my best."

ONTARIO: Lawyers for accused in human-trafficking case ask to be paid through seized funds
Oct 30, 2020 2:10 PM

CANADA: Feds to unveil more pandemic support for Indigenous communities
Oct 30, 2020 8:39 AM
Comments
We welcome your feedback and encourage you to share your thoughts. We ask that you be respectful of others and their points of view, refrain from personal attacks and stay on topic. To learn about our commenting policies and how we moderate, please read our Community Guidelines.

About the Author: Debora Kelly

Debora Kelly is NewmarketToday's community editor. She is an award-winning journalist and communications professional who is passionate about building strong communities through engagement, advocacy and partnership.
Read more