The Ministry of Long-Term Care has launched an investigation based on the military report and a death has been referred to the coroner for investigation
May 26, 2020 2:56 PM By: Global News 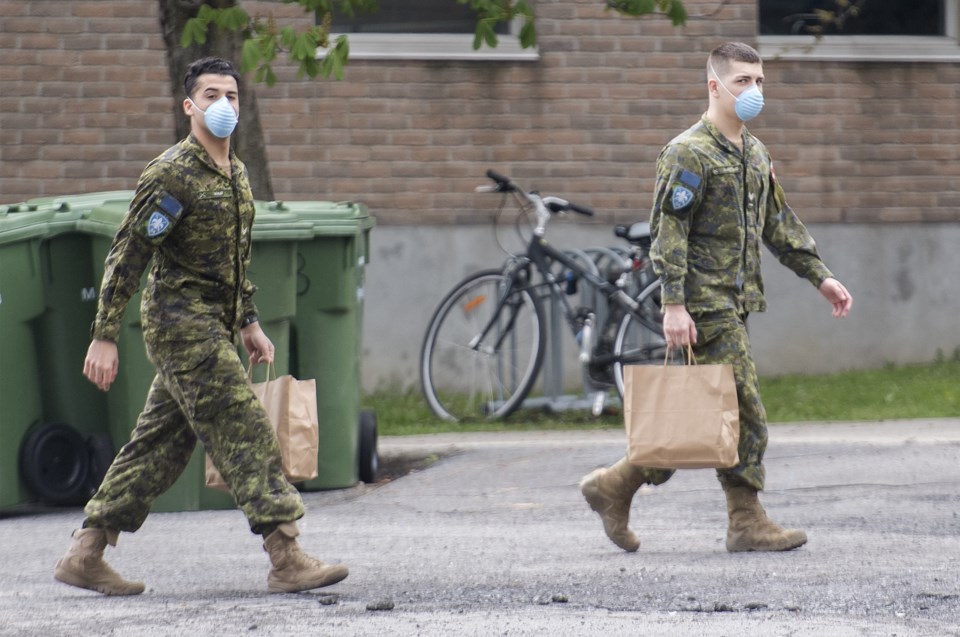 Military personnel sent to nursing homes in Ontario have observed shocking conditions, including “blatant disregard” for infection control measures, mistreatment of residents and a level of care described as “horrible,” according to documents obtained by Global News.

Canadian Armed Forces teams deployed to five of the province’s worst-hit long-term care homes to help control COVID-19 have raised concerns about each of the facilities, describing the care as ranging from below best practices to “borderline abusive, if not abusive” and worse, the documents show.

Infection prevention and control measures were found to be a particular problem, with Personal Protective Equipment (PPE) protocols going unheeded by staff, many of whom were not properly trained, according to the documents obtained from a source familiar with the mission.

Global News was not able to independently verify the allegations made by the military concerning the homes. The military documents did not always specify at which of the five long-term facilities the problematic care practices were alleged to been been observed.

But Global News confirmed the Ontario government had received a report documenting the military’s findings and intended to make them public this afternoon.

The military report sent to the province alleged that 15 out of 20 categories reviewed — ranging from proper cleaning procedures to staffing — were deemed “high risk.”

The Ministry of Long-Term Care has launched an investigation based on the military report and a death has been referred to the coroner for investigation.

Prime Minister Justin Trudeau told reporters on Tuesday the military had made “extremely troubling observations” about Ontario care homes, and he had spoken to Premier Doug Ford about the matter.

The documents obtained by Global News said soldiers had witnessed cockroaches, flies and rotten food, residents left in soiled diapers and crying out for help for lengthy periods without any response.

At one facility, residents had not been bathed in weeks, the documents alleged.

Staff at a Brampton nursing home allegedly recorded a Taylor Swift Dance Video showing them dancing through the facility, passing between areas deemed COVID-19 positive and negative without wearing any protective equipment, the documents claimed.

At a facility in Etobicoke that has experienced dozens of coronavirus deaths, residents who tested positive for COVID-19 shared rooms with uninfected residents, separated only by a curtain, the documents said.

The observations of the Canadian medics, who were deployed last month to a handful of the province’s long-term care homes, have raised doubts about the ability of the facilities to adequately respond to the COVID-19 crisis without outside help.

While conditions were said to have improved since the deployment, the soldiers questioned whether the homes were capable of operating effectively once the military had left and have suggested the province conduct assessments of the facilities.

Long-term care homes have been hit the hardest by the pandemic by far, accounting for more than eight out of ten COVID-19 deaths in Canada. On April 23, the federal government approved Ontario’s request for help from the Canadian Forces.

Military teams were sent to five Ontario’s nursing homes that have seen a large number of COVID-19 deaths. All were in the Greater Toronto area. The initiative was part of Operation Laser, the Canadian Armed Forces response to the global pandemic.

The teams were dispatched from April 24 to 27 to assess the homes, and began deploying on April 28. The teams are made up of senior medical personnel and medical workers from 4 Health Services Group, along with support personnel.

A total of 285 Canadian Forces members are working in Ontario care homes. In Quebec, more than 1,500 soldiers were sent to 25 long-term care homes, with up to 60 at each facility. More than two dozen Canadian soldiers have now tested positive for COVID-19.

The team members expressed frustrations that staff were not properly trained or doing enough to stop the spread of COVID-19 within facilities, noting that high-contact areas and rooms that had experienced infections were not being properly cleaned.

Infection prevention and control was alleged to be an ongoing issue for both recently-hired and long-term staff. In particular, the soldiers said that personal protective equipment (PPE) protocols were either ignored, forgotten or disregarded.

Staff and even doctors were not always properly using PPE, and were not changing their protective gear before moving between rooms and wards, according to the documents. One nurse refused to wear a face shield or gloves on the grounds that she didn’t have to because she couldn’t breathe, they alleged.

It was alleged that some staff were not washing their hands between patient interactions. Staff would wear the same pair of gloves while dealing with multiple patients. Instead of changing their gloves, some staff would use disinfectant on them, the documents claimed.

WATCH: Health and safety training for employees, job seekers to be available online
Jul 3, 2020 12:30 PM
Comments
We welcome your feedback and encourage you to share your thoughts. We ask that you be respectful of others and their points of view, refrain from personal attacks and stay on topic. To learn about our commenting policies and how we moderate, please read our Community Guidelines.