City could face charges and fines once the province completes its investigation
0
Dec 10, 2019 11:00 AM By: Tony Saxon 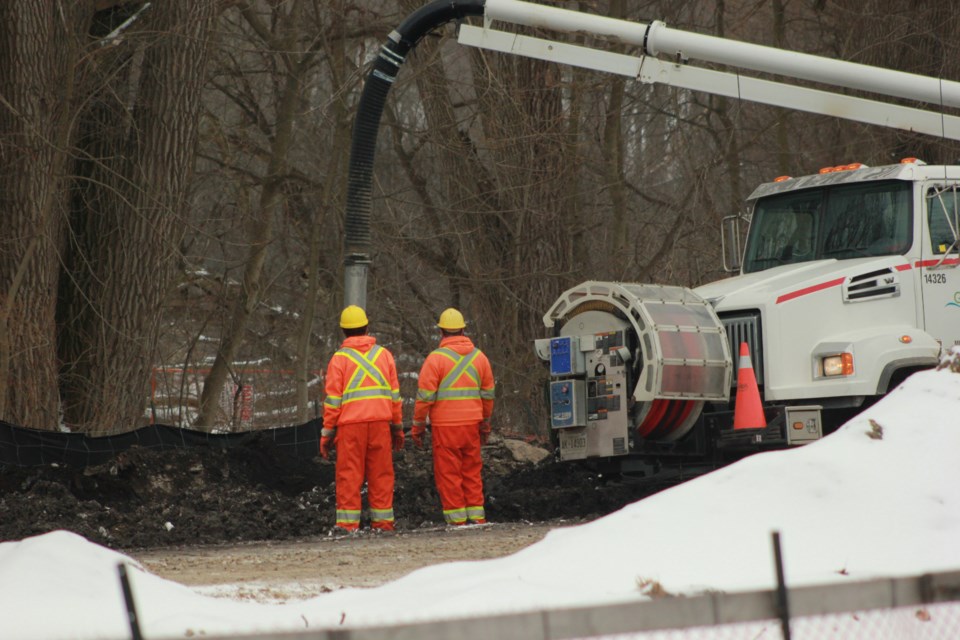 GUELPH - The City of Guelph could be fined for a pair of sewage spills earlier this year that sent 4.4 million litres of raw sewage into the Eramosa River.

A spokesperson for the Ontario Ministry of the Environment, Conservation and Parks (MECP) said the investigation remains ongoing and that the ministry will consult with the Crown attorney's office to determine what, if any, charges should be laid.

"The incidents were referred to the Ministry’s Environmental Enforcement & Compliance Branch for investigation. The ministry is investigating violations related to impacts to water quality, which includes review of the operations leading up to the spill," said Gary Wheeler.

"In all cases, it is up to the discretion of the court to determine the fine. The amount of the fine varies depending on which section of which act the charges are under, severity of the event, whether it is an individual or a company that is charged and past compliance history."

On Feb. 17 a man walking his dog noticed a large overflow of sewage along the Royal Recreation Trail in York Road Park where the city was installing a new sewer line.

That spill, said the MECP spokesperson, sent 4.4 million litres of untreated sewage into the nearby river.

"The spill was caused by ongoing construction work on the York sewer trunk line in the area. A temporary bypass system was in use at the time of the spill. The city reported that the main pump had failed and the second pump (backup pump) had failed to automatically turn on causing the release of raw sewage on February 17, 2019," Wheeler said of the cause.

The second spill was related to a failure of another pump failure.

"The City of Guelph worked with the ministry through voluntary abatement and submitted all clean-up and follow up reports as required. As such, the ministry did not need to issue any orders to the city," Wheeler said.

"The Ministry continues to follow up with the city regarding the work on the trunk sewer, as the project is still underway."

Wheeler said neither spill had any impact on Guelph’s drinking water and the ministry "did not observe any distressed or dead fish downstream of the spill location."

All downstream users were notified of the spill and any intakes were temporarily closed where necessary to prevent any potential impact to drinking water, Wheeler said.

Laura Mousseau, the city's manager of corporate communications, said "with the MECP investigation ongoing, we’re unable to comment at this time."

COVID-19: 3M pushes back on Trump administration order to stop sending N95 masks to Canada
Apr 3, 2020 2:20 PM
Comments
We welcome your feedback and encourage you to share your thoughts on this story. We ask that you be respectful of others and their points of view, refrain from personal attacks and stay on topic. To learn about our commenting policies and how we moderate, please read our Community Guidelines.

About the Author: Tony Saxon

Tony Saxon has had a rich and varied 20 year career as a journalist, an award winning correspondent, columnist, reporter, feature writer and photographer.
Read more