Conservatives distance themselves from Senator Beyak 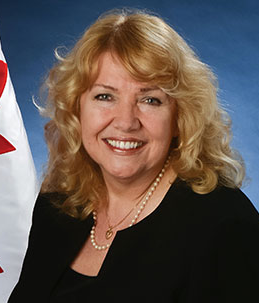 Senator Lynn Beyak's latest statements about Canada's Indigenous people are meeting criticism from all the major parties, including her own.

An open letter the senator from northwestern Ontario posted on Sept. 1 took more than 10 days to get the attention of the media, but it's led to widespread condemnation.

Beyak, from Dryden, suggested among other things that Indigenous Canadians should "trade in" their status cards for citizenship, with a payout to settle all outstanding land claims and treaties.

In a brief statement, the leader of the Opposition in the Senate and leader of the Conservative Senate caucus, Senator Larry Smith, said "The personal opinions expressed by Senator Lynn Beyak do not reflect the positions of the Senate Conservative Caucus. Accordingly, we have taken additional steps to address Senator Beyak's ongoing role within our Caucus."

The statement did not elaborate on the nature of those measures.

Elsewhere, federal NDP leadership candidate Charlie Angus, on his Twitter feed, said "Senator Beyak is a Harper troll paid by CDNS in senate with no credibility, competence or fitness for public office."

Canada's minister for Crown-Indigenous relations and northern affairs Carolyn Bennett, has called Beyak's suggestion "simply offensive," saying she is disappointed that Beyak continues to provide uninformed comments for issues she does not understand.

WATCH: Ford takes aim at long-term care company CEOs in latest press conference
May 28, 2020 2:37 PM
Comments
We welcome your feedback and encourage you to share your thoughts. We ask that you be respectful of others and their points of view, refrain from personal attacks and stay on topic. To learn about our commenting policies and how we moderate, please read our Community Guidelines.