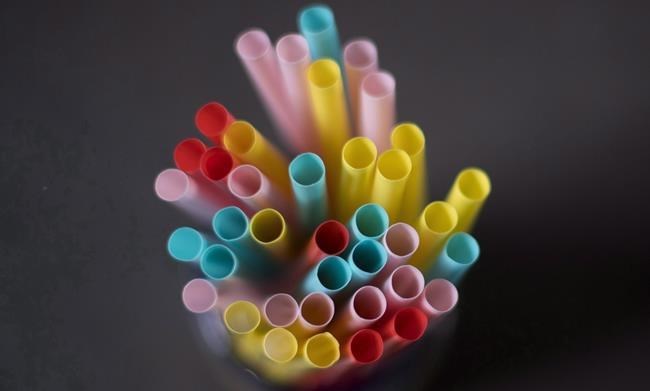 MONT-SAINT-HILAIRE, Que. — Ottawa has announced its intention to ban single-use plastics as early as 2021.

Prime Minister Justin Trudeau made the announcement today at a nature reserve in Mont St-Hilaire, south of Montreal.

The details of how such a ban would be implemented remain unknown, but the government will conduct research to determine the best course of action, which it says will be grounded in scientific evidence.

Trudeau says the situation of plastic overflowing in landfills and polluting oceans and waterways has reached a breaking point, and action is needed.

Less than 10 per cent of plastic used in Canada gets recycled, and without any change in habits, Canadians will be throwing out $11 billion worth of plastic products by 2030.

At the last G7 summit, Canada and four other leading economies signed a charter pledging that by 2040 all plastic produced in their countries would be reused, recycled or burned to produce energy. (The United States and Japan stayed out.)

The federal government intends to work with provinces, territories and municipalities to set standards for companies that sell such products.

Similar announcements are being made today by Environment Minister Catherine McKenna in Toronto and Fisheries and Oceans Minister Jonathan Wilkinson in British Columbia.

CANADA: Minds behind pandemic predicting algorithm already thinking about future beyond COVID-19
May 25, 2020 10:20 AM

BEYOND LOCAL: Benefits of gardening, growing your own food, during pandemic and beyond
May 25, 2020 9:25 AM
Comments
We welcome your feedback and encourage you to share your thoughts. We ask that you be respectful of others and their points of view, refrain from personal attacks and stay on topic. To learn about our commenting policies and how we moderate, please read our Community Guidelines.