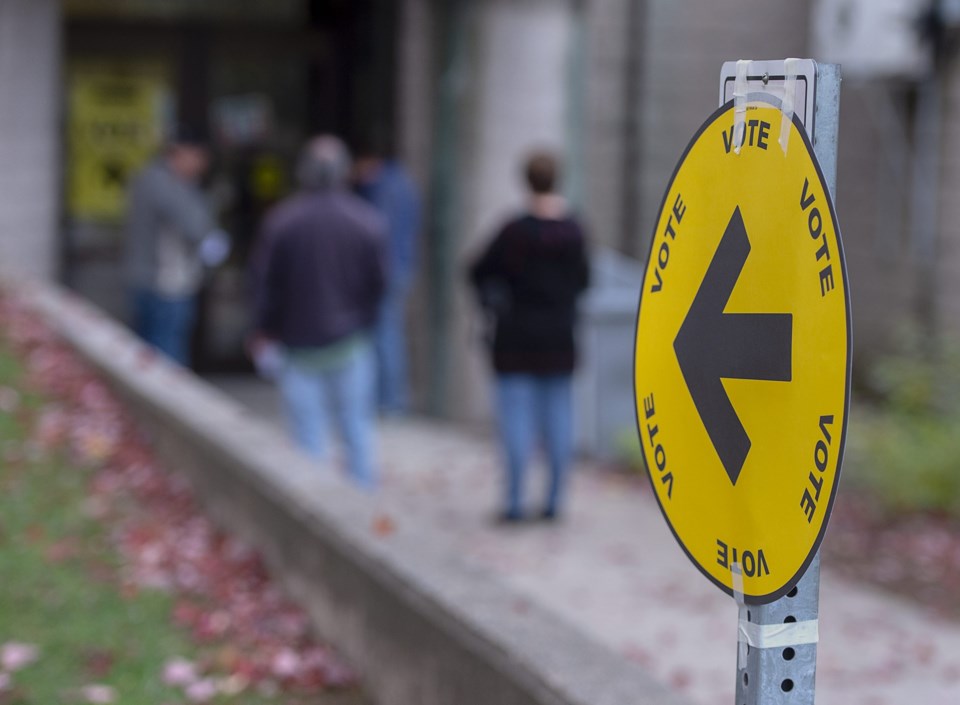 Robocalls in Quebec, Nova Scotia and New Brunswick are trying to misdirect voters by telling them to head to the polls at a future date.

Officials at Elections Canada are urging voters to report any such robocalls to them, and are reminding voters that Monday remains the last day they can vote in the federal election campaign.

“We have received reports about some electors receiving robocalls indicating that election day is on a date other than today,” said Ghislain Desjardins, a spokesperson for Elections Canada.

“We have no indication these calls are widespread,” Desjardins said Monday. “Today is election day, and the only day to vote.”

Brad McKnight, a Fredericton resident, says he got a misleading call on Monday.

“I got a call at quarter after 10 or so this morning, just an automated call saying it was Proud New Brunswick, or New Brunswick Proud,” he says. “I’m not sure how they identified themselves, basically asking anyone who got the message to vote with their conscience.

“At the end of the message, they are urging us to get out and vote tomorrow.”

McKnight says he responded to a text from the group two days before the New Brunswick provincial election last fall in a way that made it clear that he didn’t agree with them.

Now he wonders if there’s a connection.

“I’ve had dealings with this New Brunswick Proud group before, and I don’t really identify myself with their politics,” McKnight said.

“I’ve expressed to them in the past that I don’t, and to take me off their calling list.”

Proudly New Brunswick did not respond to a request for comment. Global News is not able to establish that the call McKnight received Monday did, in fact, came from the group.

Proudly New Brunswick, which also identifies itself as New Brunswick Proud, says on its Facebook page that it is is not affiliated with Canada Proud or Ontario Proud.

If voters have received misleading information about how to vote in the election, Ghislain said they should phone Elections Canada at 1-800-463-6868.

“It is illegal to willfully misdirect electors in order to prevent them from voting,” he said.

Fredericton is a close three-way race between the Conservatives, Liberals and Greens.

McKnight says he filed a complaint with Elections Canada on Monday.