BEYOND LOCAL: Cursing helps you crush your workout, experts say

Research suggests that swearing can improve workouts because it raises our pain threshold
Nov 1, 2019 9:25 AM By: Global News 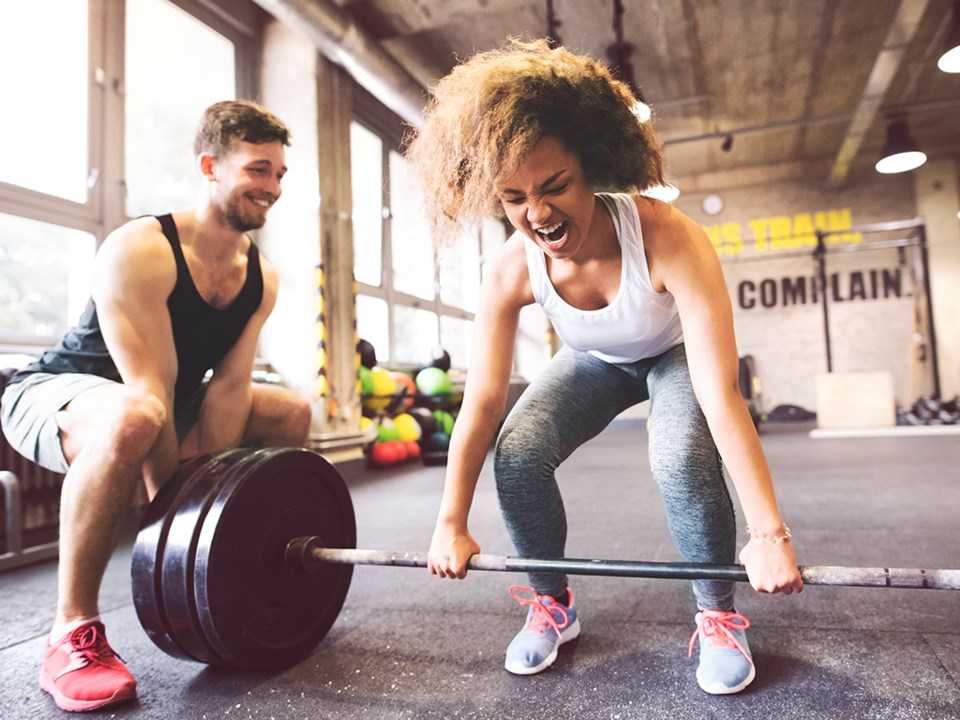 Do you feel like swearing whenever you’re on a stair climber? If so, it may be a good idea to let those F-bombs out.

Research from the U.K.’s Keele University and Long Island University Brooklyn has found that swearing during exercise can improve performance and even help you deal with pain. The findings, recently published in the journal Psychology of Sport and Exercise, say cussing can boost both physical power and strength.

During one experiment, researchers asked participants on a stationary bike to swear while peddling. They found that using foul language produced a 4.6 per cent increase in initial power during a 30-second cycling test compared to those who didn’t curse.

In a separate test, swearing also resulted in an eight per cent increase in maximum handgrip strength over non-swearing subjects.

“Swearing appears to be able to bring about improvements in physical performance that may not be solely dependent on a stress response arising out of the shock value of the swearing,” Richard Stephens, the study’s co-author and professor of psychology at Keele University, said in a statement.

“We know that swearing appears to be handled in brain regions not usually associated with language processing. It is possible that activation of these areas by swearing could produce performance improvements across many different domains.”

Wait, so how does swearing boost workouts?

One reason why swearing can improve workouts is because it raises our pain threshold, research suggests.

Previous research done by Stephens found that cursing can have a “pain-lessening effect.”

In one study, Stephens and his research team asked some participants to stick their hand in ice-cold water and cuss, then do it again using non-offensive words.

Researchers aren’t entirely sure why bad words are linked to a reduction in pain but think swearing can trigger humans’ “fight-or-flight” response.

When our bodies are in this heightened mode, certain hormones are released that help the body react to possible danger. This state can help us perform in tough situations.

Researchers suggest the accelerated heart rates of the volunteers who swore indicate an increase in aggression, which reflects the common fight-or-flight response of “downplaying feebleness” to appear stronger and more pain-tolerant.

“What is clear is that swearing triggers not only an emotional response but a physical one, too, which may explain why the centuries-old practice of cursing developed and still persists today,” researchers wrote.

Swearing may also be a distraction method.

According to David Spierer, the co-author of the swearing and exercise study and a professor health science at Long Island University, using curse words during exercise might divert your attention.

“Cursing may allow people to shut down their inhibitions and somewhat veil the effort and the pain of this really difficult task,” Spierer said in a statement.

“Using swear words might be helpful in any circumstance where muscle strength and a sudden burst of force or speed is required.”

So next time you’re at the gym, try letting out a few curse words — just be sure you don’t scream them.